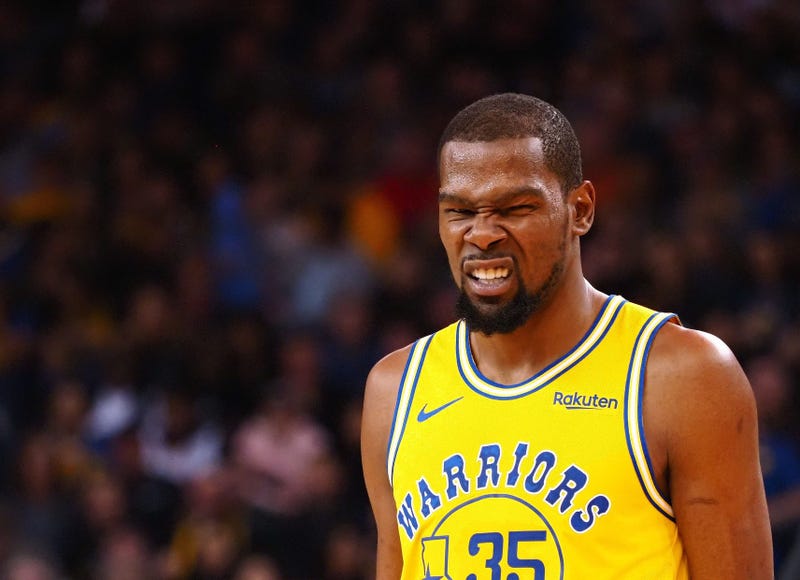 After telling reporters that Kevin Durant is questionable for Saturday night’s game in OKC, Steve Kerr joined “The Damon Bruce Show” and indicated that he is leaning against playing the superstar forward.

By holding Durant out against his old club, the Warriors would be able to buy him rest until Monday night when they meet the Spurs. Durant sustained the right ankle contusion on Sunday against the Suns.

“I just think given the nature of (the injury), giving him a couple of extra days makes too much sense — especially at this stage of the season.”

“If this were a playoff game, for sure he’d be playing but we want to be extra cautious. So, I’m guessing San Antonio will be the first game back, but we’ll see how he feels tomorrow. It’s up to him and (Director of Sports Medicine and Performance) Rick (Celebrini) tomorrow after shootaround.”