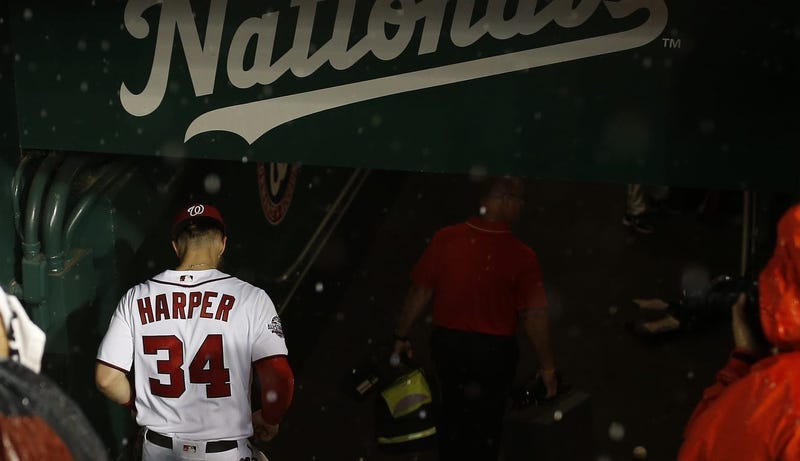 The Washington Nationals, Bryce Harper’s only major league employer, have bowed out of the race for the unsigned superstar.

“Nothing's certainly changed on our end," owner Mark Lerner told NBC Sports Washington's Todd Dybas on Friday.
"We've moved on. As I said back then and we had to. There was no way we could wait around. Bryce, I'm sure will make his decision hopefully in the next few days, but we've filled out our roster and like I said, we wish him nothing but the best."

The Nats extended Harper a 10-year, $300 million offer at the end of last season. The right fielder declined, setting up his long winter wait.

Aside from Washington, the Philles, Giants, Padres and White Sox have all reportedly been linked to Harper. Alex Pavlovic of NBC Sports Bay Area provides the Giants' perspetive on Harper derby.

"The Giants view the Phillies as the favorites, too, and they don't intend to do dollar-to-dollar with them."

"But ... what if Harper just really does not want to play in Philadelphia, or land with an NL East rival. That's something the Giants have held on to, and they appear to be the last team standing if that's the case."

According to Lerner, there hasn’t even been a dialogue between the sides in quite some time, but, seemingly contradicting his "moved on" comments, he didn’t want to entirely rule out the possibility of a reunion.

"But there's always that, the door's cracked a little bit," Lerner said. "I have no clue at this point what they're up to. We really haven't heard from them in a couple months."