With so many new faces and rookies joining the Carolina Panthers secondary this offseason, the expectations aren't very high from the outside looking in as they begin a rebuild.

Yet, there is one familiar face that remains who will make sure the strong history of Carolina's defense continues: Safety Tre Boston.

Boston, 28, is just one of four remaining players from the Panthers' 2015 Super Bowl team and is in his second year with the team after returning for a second-stint in 2019 following stints with the Los Angeles Chargers and Arizona Cardinals.

He signed a three-year, $18 million contract extension with the team this offseason.

"Me taking on a bigger leadership role, allowing these guys to understand we have a culture here that we want to start. It’s an identity that we’ve had before," Boston said. "It’s just reshaping it and getting guys up to par with how we want to do things.”

The average age of the Panthers' secondary is currently 24.1 with an average of 2.3 seasons of experience in the NFL.

Boston and cornerback Donte Jackson are the only two returning starters from a defense that ranked 31st overall and 23rd in yards allowed in 2019.

To keep the culture alive, that comes with maintaining some fun traditions.

One of those is "Thieves Avenue," which became an in-house nickname for Carolina's secondary during the 2015 Super Bowl run. 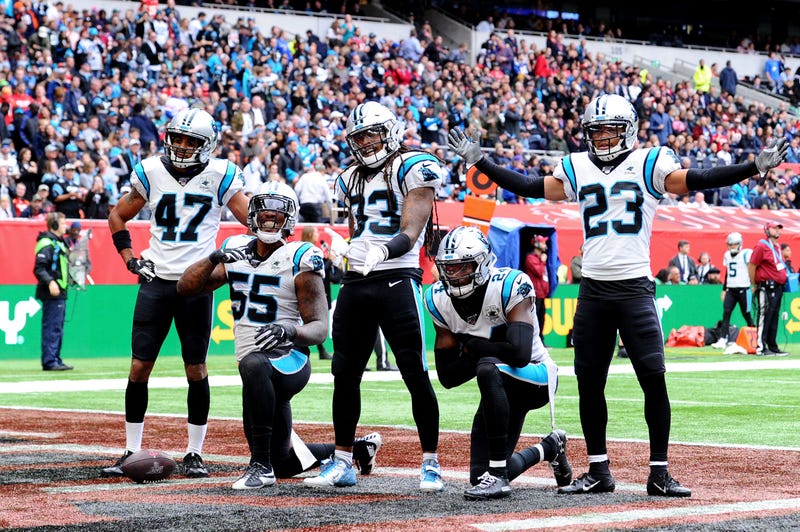 The name has stuck and even with a new era of players coming in, Boston is making sure to instill it within the next group of Panthers.

“It's one mentality here,” Boston said. “We keep renewing it. It is like a lease, we just renew it. Everybody has to earn it. Guys might come and go, but it is a lineage that we’re passing down. As long as I’m here, it is going to be here with me. It is going to be what we do. We are thieves and we will rob teams of the rock and we will not give it back."

Stepping up as a leader will be no easy task for Boston and as a guy who's known for being vocal, he'll make sure to pass down his knowledge like the veterans before him did.

“I take that every day as a chip on my shoulder, knowing I’ve got to lead these young guys,” Boston said. “I'm literally one of three captains on this defense. Luckily, I’ve had great guys in front of me. Roman Harper, Kurt Coleman, obviously Thomas Davis, Luke Kuechly, so I think about these guys every day and how did they lead me when I was young? Everyday I approach it with that leadership mentality.”

One rookie that Boston has already seen the potential in is safety Jeremy Chinn.

“He has a possibility to be the real deal,” Boston said. “He reminds me a little bit of Shaq (Thompson) when Shaq first came here. Shaq was the first rookie I had seen where I was just like, ‘Oh, yeah, that guy’s a pro.’ You know, that kid’s gonna be special, and Chinn kind of gives you the feel of being that way.”

Chinn has experience playing safety, nickel and corner, bringing a lot of versatility on defense -- something that new head coach Matt Rhule and defensive coordinator Phil Snow have made a priority.

“I like that we’re fast, we are a fast unit,” Boston said. “We are young and I think that has an advantage to it. I remember back in my younger days, our biggest advantage was, we didn’t know. So we played fast, whatever coach told us to do, we were doing it."

Rhule said he doesn't know exactly what "Thieves Avenue" is just yet but had high praise for how Boston has been with the group.

“He’s a guy that brings energy and spirit to everything,” Rhule said. “In the team meeting at night, he’ll grab the mic, and get up and he will start singing. Here’s what I know about Tre Boston – he knows football. He likes to practice, he likes to play. He likes to talk about football, he’s a professional. He’s exactly the type of guy I like to coach. He handles his business, he’s coachable, (he’s) trying to coach the young guys and mold the young guys and show them what it means to be a pro and does things the right way. So I’m fired up to have the chance to coach him.”

The Panthers haven't had back-to-back winning seasons in their first 25 years of play and that's one of the things that motivated Boston to come back and change.

"I was there at its peak, and I plan on getting us back and doing anything I gotta do," Boston said. "I plan on us getting back. We have the potential. Potential is a dangerous word cause you gotta live up to something...We're not saying it's going to be mucho-rapido, but we plan on making a difference that stays the long-haul."

Whenever that potential is put in play, the identity will remain the same.

"We're taking fresh-loot," Boston said. "I think having an identity helps guys coming to work every day, knowing it is a brotherhood, and we hold each other accountable. We are thieves. What do thieves do? They steal."

Tre Boston got me on the floor with this safety call 💀💀 @TreBos10 pic.twitter.com/JP1HUEx5rM