Here are some quick highlights of what happened Tuesday morning at the Carolina Panthers training camp practice that a select group of media were able to watch:

-For the second straight day, the team practiced in full pads. Basically, the entire day was spent doing team 11-on-11 drills, with first team offense going against the first team defense and so on. Head coach Matt Rhule said they ran about 89 team plays on the day.

-The three quarterbacks had very different performances today in their 11-on-11 drills.

-Teddy Bridgewater continues to protect the ball by not throwing into dangerous situations and by doing mostly short to intermediate passes. He led the offense on some long drives, which led to scores. Only a couple of times did he attempt to throw the ball down field, with one being a nice completion in a two-minute drill, and the other being overthrown. 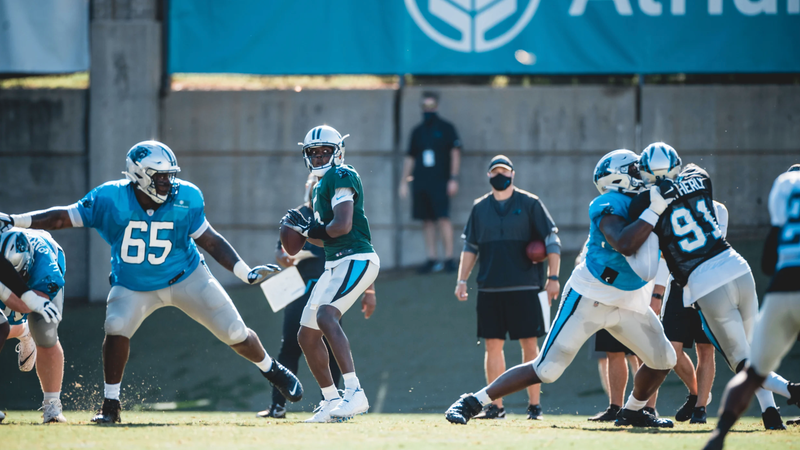 -Will Grier continues to look good with his passes, both long and short. He's been spot on with his accuracy. He took the fewest amount of snaps today as the team wanted to give PJ Walker more reps. Grier also managed to pull off a long run on a run-pass-option. He faked the handoff and took off to the right side, where he went for a big gain.

-Spreaking of Walker, he continues to struggle throwing the ball. Early on, he was having issues completing any passes as they were routinely off target. Near the end, he did manage to throw two touchdown passes, but on the last play of the day, he took a deep sack with the ball set at the 2.

-Star running back Christian McCaffrey had a nice long run during the 11-on-11, but it ended with him fumbling and the defense recovering it, upon which he let out a primal scream in frustration.

-Placekicker Joey Slye was solid in his live kicks today with the defense trying to block them. 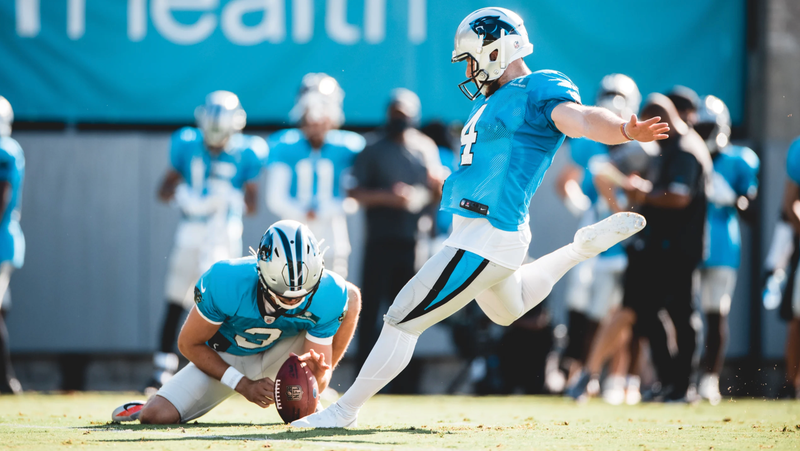 -After having a difficult time Sunday and Monday, punter Joseph Charlton had a really nice punt in a live drill.

-While in the bubble, the team worked on the "Peanut Punch" drill, where players try to punch the ball out of the hands of those carrying it. And it wasn't just standard players that you might think would have the ball. Defensive linemen pretty easily punched the ball out of the hands of offensive linemen. On the other side, defensive end Brian Burns was able to make it through the entire gauntlet with McCaffrey and fellow running back Mike Davis trying to knock the ball out. Offensive tackle Taylor Moton successfully held onto the ball, as did cornerback Eli Apple. 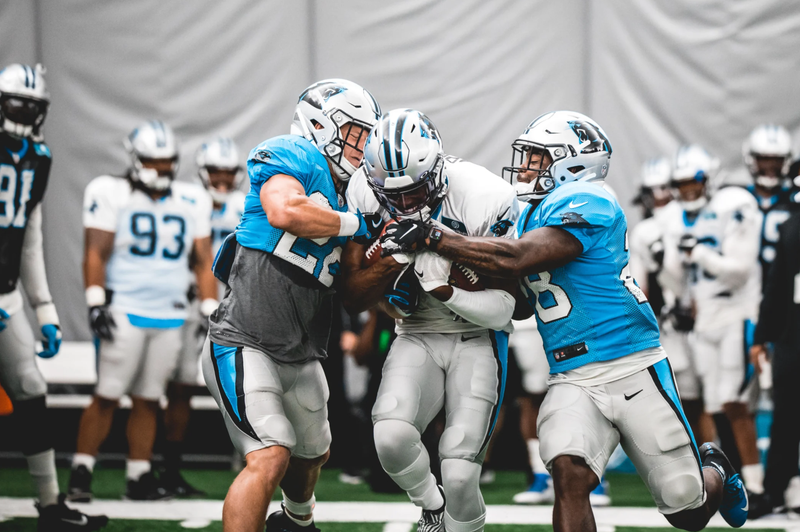 "Sometimes, you have to just play those situations out and learn from them. I thought we had some good things, we had some bad things. We put the ball on the ground three times, we fumbled three times, which is great for our defense. You're going to win that game every time, but on offense obviously not good enough.