Days after Donald Trump criticized LeBron James for being a "nasty spokesman" for the democratic party and a "hater" of his presidency, LeBron went and took home his fourth NBA Finals title -- one that surely won't be followed by a White House visit, based on the Lakers star's history with the president.

U bum @StephenCurry30 already said he ain't going! So therefore ain't no invite. Going to White House was a great honor until you showed up! 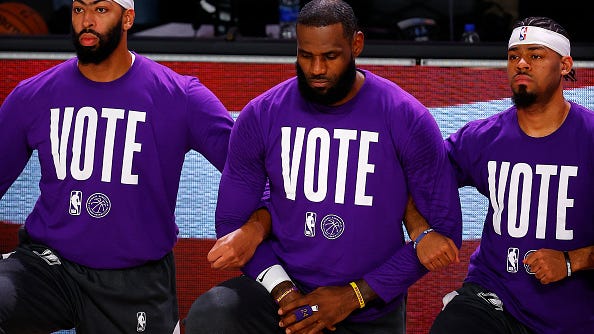 He did visit the White House, though, following NBA Finals victories with both the Miami Heat and the Cleveland Cavaliers, the most recent of which came in 2016. That's because then-president Barack Obama and LeBron James respected each other -- and still do -- tremendously. Obama has continually championed LeBron and the NBA over the years and especially in 2020, when the league's social justice efforts became the focal point of the season. 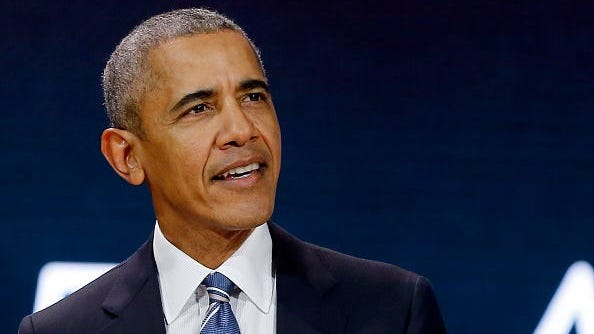 He advised them to continue the season in the bubble despite many players understandably wanting to take their focus off of basketball when other issues were looming, and he saw the restarted season through to the very end, marking its finale with a touching congratulatory tweet aimed at LeBron -- but not before dropping by for a game.

We see you Mr President. Thank you!!! @Morethanavote #Blacklivesmatter https://t.co/4qqpVDgcto

"Proud of my friend @KingJames for his fourth title, fourth Finals MVP, and for not only living up to the hype after seventeen seasons, but surpassing it as an extraordinary leader both on the court and in the public arena fighting for education, social justice, and our democracy," Obama wrote following the Lakers' Game 6 victory.

James has become a face for the NBA's social justice and off-court leadership efforts, including "More Than a Vote," and he won't stop just because the season is over and the bubble has come to a temporary end.

The season is over. The work is not.

"Where do we go from here?" James said to the media (via NBC Sports). "We don't stop, obviously, when the season ends in less than a week. Let everyone disperse and go back [home], but I hope that people continue to use their platform, use their individual social media platforms."