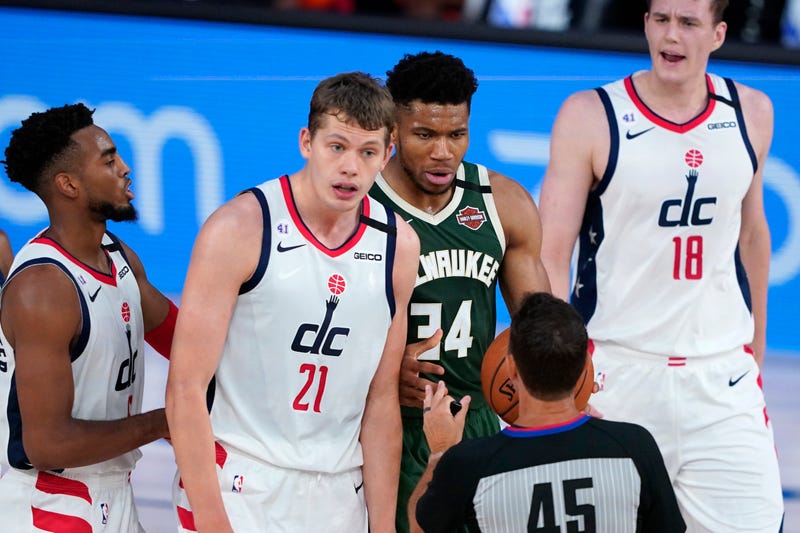 The Milwaukee Bucks snapped their two-game losing streak with a win against the Washington Wizards.

Like their last game against the Toronto Raptors, the Bucks would be short-handed due to injuries. Khris Middleton (load management), Wesley Matthews (sore right adductor), Eric Bledsoe (sore right knee), and Donte DiVincenzo (bruised right elbow) were all ruled out before the game.

The Bucks did have Giannis Antetokounmpo back in the starting lineup after a previous oral surgery. Antetokounmpo would only play 10 minutes however due to an altercation with Mo Wagner of the Wizards. The altercation led to Antetokounmpo being ejected after tallying 12 points and 9 rebounds.

The Bucks persevered however to finish with the win.

Brook Lopez led the team with 24 points, shooting 9-11 from the field and 5-5 from beyond the arc.

Frank Mason III was a big contributor off the bench with 19 points, shooting 7-10 from the field.

The Bucks now prepare for their final seeding game against the Memphis Grizzlies on Thursday. Tip-off is set for 3:00 pm. Make sure to tune in to The FAN after the game for the Pick N' Save Pro Hoops Postgame Show for the best Bucks coverage.