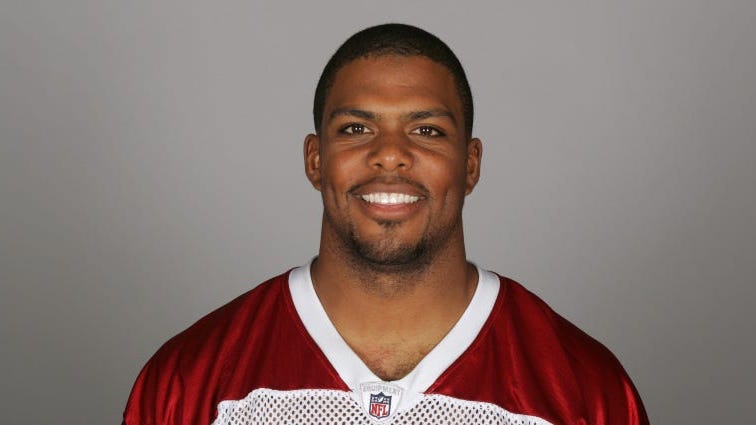 The Washington Football Team opened practice to assembled (masked) media for the first time since training camp began, offering the first public glimpse at Chase Young, Alex Smith and other noteworthy players in a practice environment in 2020.

One of the more captivating position battles is the competition between Dwayne Haskins, Kyle Allen and Alex Smith, who was miraculously cleared to play nearly two years after suffering his traumatic leg injury. While Haskins' is likely sitting firmly in the driver's seat, the element of the unknown is what makes quarterback competitions so intriguing.

This is your annual reminder that isolating a single play can be wildly misleading, and should not be taken too seriously. That out of the way, one video featuring Haskins and Smith throwing the same route side by side generated a tremendous amount of buzz, as Smith lands his ball on target and Haskins chucks his out of town. It's one play. Let's all take a deep breath.

It's incredible to think, after seeing the incredible perils Smith faced in his ESPN documentary, 'Project 11,' that he could overcome it all – even nearly losing his limb – and actually return to a football field. That unthinkable feat became a reality on Tuesday.

Alex Smith taking reps at practice today.What a journey it has been to get him here today --(via @NickiJhabvala)pic.twitter.com/ThPIQzEpXx

After seeing glimpses of it all offseason, fans were finally privy to Haskins' remarkable weight loss, a testament to the seriousness with which the second-year pro is treating his evolution as a quarterback. This is the type of transformation that will leave fans chomping at the bit to see what Haskins can do in an actual game.

Good job on Dwayne Haskins. Had Jonathan Allen barreling towards him, stood tall in the face or pressure and delivered money ball to Terry McLaurin in a Bermuda Triangle of defenders.

Dwayne Haskins staying after practice and getting more work in pic.twitter.com/vDyIwXWP1R

The Haskins-McLaurin Connection Is Back

One saving grace of a 3-13 season was the arrival of Terry McLaurin, a surprise breakout star coming out of camp as a third-round pick in 2019. Even more tantalizing, that horrific season gave way to the promising connection developed between McLaurin and Haskins, which could bear fruit for years to come.

You can't count out Kyle Allen. While his arrival in Washington was the first signal of a quarterback competition, the spotlight on him has cooled in recent months, especially with Smith's return. Lest we forget, it was Allen who took the majority of snaps under Ron Rivera in Carolina last season.

The ultimate unknown, Bryce Love – after a string of injuries, including a torn ACL in his final game at Stanford – can finally show what he can do as a pro. Now three years removed from rushing for 2,118 yards and 19 touchdowns in one season, can Love prove why Washington took a chance on him as a fourth-round pick in 2019?

I know, most of these clips are yawns. But here we have the first look at Bryce Love doing anything. pic.twitter.com/oAqtjU5IoV

The other big surprise of 2019, Jimmy Moreland, enters his second NFL season since breaking out as a seventh-round pick out of JMU. Moreland quickly became a fan favorite during OTAs last spring, both for his efforts on the field and his vibrant personality off it. It's good to see he hasn't lost his charm.