Splash for Cash: Your chance to SCORE $1K!
By Karl Buscheck 95.7 The Game

On the heels of James Harden joining up with Kevin Durant and Kyrie Irving with the Nets following a four-team swap, Stephen Curry weighed in on the blockbuster during a Wednesday night appearance with Tim Roye on Warriors Roundtable on 95.7 The Game.

"It’s pretty crazy," Curry said. "I mean, I know, this league, nothing should surprise you. There's been a lot of blockbuster trades the last four, five, six years. But it's just crazy to know that when it actually happens, you kinda just see the landscape of the league shift, immediately.”

"And obviously KD being out here with the team that we had and now with Kyrie and James. It's going to be pretty interesting to watch that come together…” 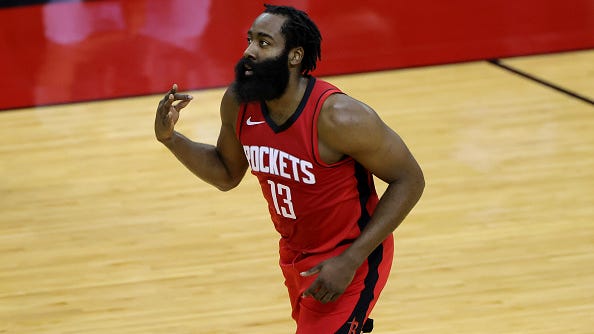 "This league is pure entertainment,” Curry said. “And these type of trades kinda just keep the interest at an all-time high.”

"I’m excited to watch it all the way through,” Curry added. “But, obviously as a competitor, it keeps your antenna up.”