The US Open line judge involved in the disqualification of tennis star Novak Djokovic on Sunday has reportedly received death threats over the shocking incident.

Kentucky native Laura Clark was seen sitting on the ground for several minutes after she was accidentally drilled in the throat by a ball off Djokovic's racket, prompting his ouster from the tournament.

Djokovic, between points, swatted a ball out of frustration back toward the wall on his own end of the court, during his fourth-round match against Pablo Carreno Busta of Spain. 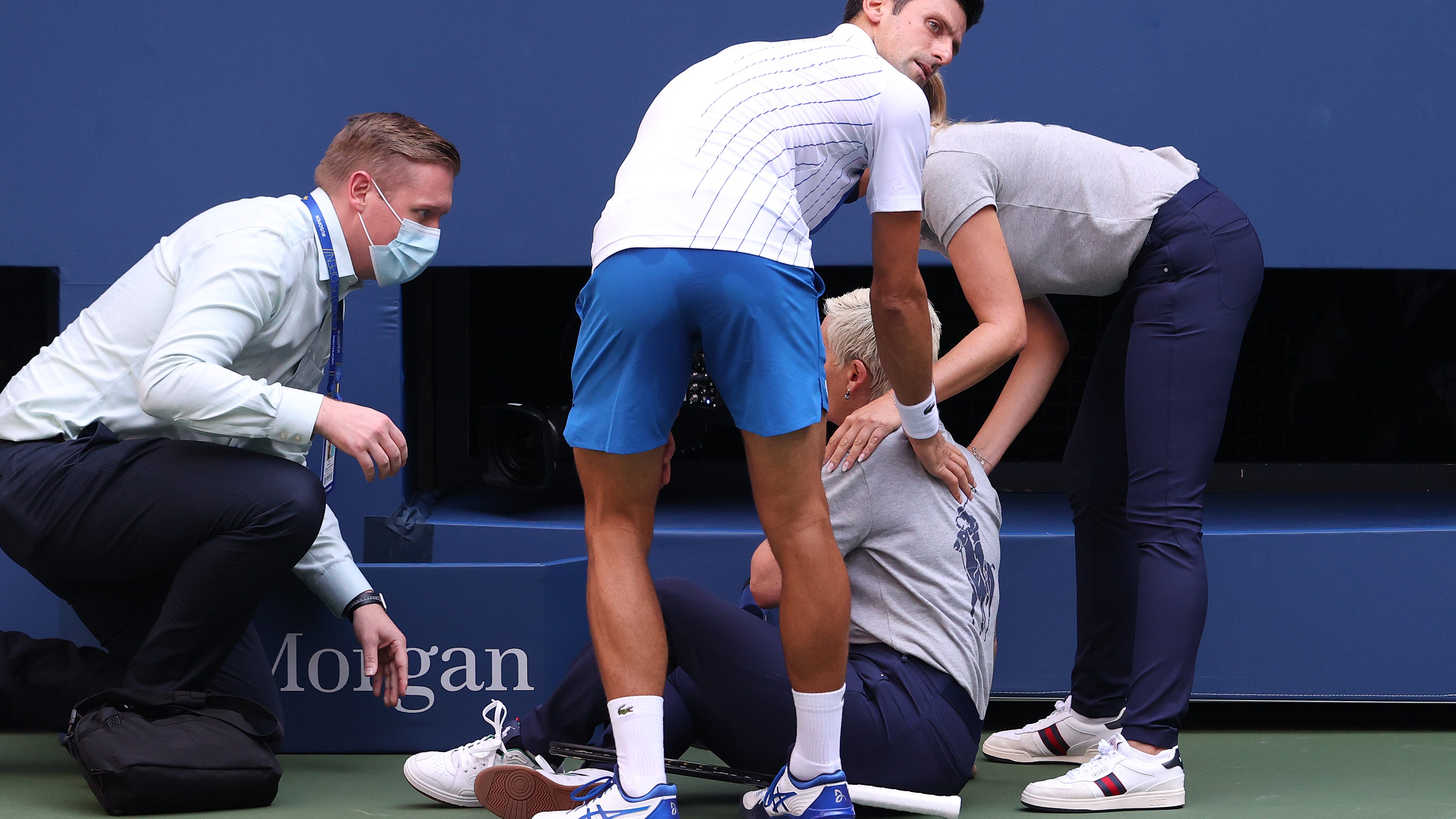 John McEnroe: Djokovic Marked as 'The Bad Guy' for Rest of Career

Clark appeared to be OK and walked off under her own power, though there was a noticeable red mark on her neck.

The Open and Djokovic were hesitant to name Clark publicly for fear that she would face harassment, according to The Guardian. Djokovic apologized to her in an Instagram post hours after the incident, but didn't use her name.

But internet trolls apparently tracked down Clark's social media accounts, the story said, thanks in part to a tabloid in Djokovic's native Serbia.

Clark's posts appeared to be peppered with outsider comments ranging from banal to downright cruel.

One sick user responded to a tribute that Clark had posted for her son who apparently died in a motorcycle crash. "Don't worry, you'll join him soon," the deranged comment read. Some of the other twisted trolls accused her of conspiring to take down Djokovic, while others mocked her personal hobbies and activities.

Clark has previously worked on the ATP Tour and in Davis Cup action, the Guardian story said. She detailed some of her experiences as an official in a profile piece that appeared in Owensboro Living, a local Kentucky outlet, in 2014.

The diehard elements in Djokovic's fan base are known for "notoriously aggressive" behavior in defense of the 17-time Grand Slam winner, The Guardian reported.

The 33-year-old veteran superstar is chasing longtime rivals Rafael Nadal (19) and Roger Federer (20) for most Grand Slam titles ever, though his career appears to be at something of a crossroads after Sunday's meltdown.

ESPN analyst John McEnroe said Djokovic would be marked "the bad guy" for the rest of his career.

Djokovic came under scrutiny earlier in the year first for expressing skepticism about vaccines while discussing how the sport would respond to the coronavirus pandemic. He then forged ahead with hosting the Adria Tour, an exhibition event in Serbia and Croatia, in June. He and several others tested positive afterwards.