Brian Cashman doesn’t have any regrets about the Yankees’ process in trying to add starting pitching during this past season.

New York wasn’t able to add any of the starters the club was seeking after, and the Yankees ultimately lost in the ALCS to the Astros, who have a couple of aces at the front end of their rotation. This offseason brings another opportunity for Cashman and the front office to bolster the pitching staff.

The Yankees general manager spoke to the media Thursday about the season that was, and about what lays ahead. Cashman said the Yankees will “be aggressive” if the right starting pitcher is available in the market.

It’s not that New York’s rotation has been bad, it has just come under more scrutinization as it had to go up the Astros, who have arguably the best starting pitching staff in baseball. Gerrit Cole, in particular, was unhittable in a crucial Houston victory in Game 3 of the series.

"I don't regret our process" pic.twitter.com/EByFWBgDFg

In a slightly contentious exchange with WFAN’s Sweeny Murti, Cashman pushed back on the notion that the Yankees had “passed” on certain aces now finding success in the World Series. Cashman mentioned Cole as one pitcher who the Yankees had made a trade offer for last winter, when Cole was still a Pittsburgh Pirate.

“We made an offer to Patrick Corbin, the Washington Nationals made a more significant offer to Patrick Corbin … And Gerrit Cole was traded from Pittsburgh to Houston … Houston made an offer that in Pittsburgh’s mind was a better offer than ours. This is all ancient history, but these are all facts. That doesn’t mean we passed on anything. We made attempts to acquire (players) in certain categories … I don’t regret our process.” 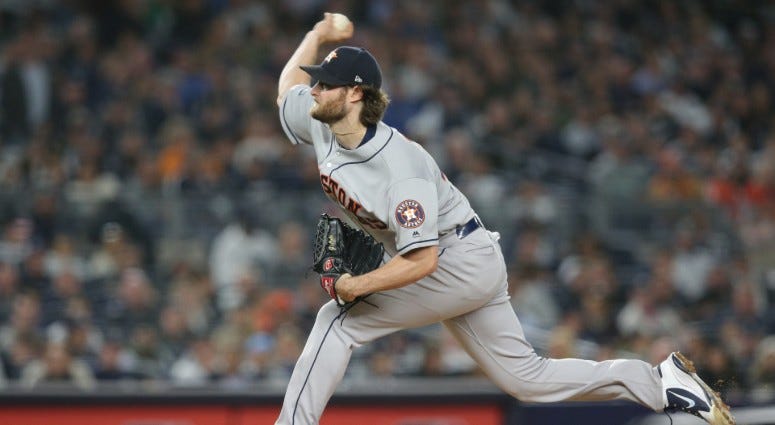 Cashman also spent some time looking back at the ALCS and what went wrong for the Yankees. He didn’t agree with the idea that a supposed lack of pitching cost the Yankees the series.

“Pitching is not what cost us that series against the Astros," he said. "It was timely hitting with runners in scoring position, at least in my opinion."