(WFAN) - Rival teams may be forced to work together at this year’s MLB trade deadline.

It’s not often that the Mets and Yankees make trades. Despite that, Brian Cashman insisted on Friday, while speaking to the press, that the Yankees would be willing to do business to the Mets. He added that the Red Sox are the only team they aren’t willing to work with.

"[We are] fully engaged with every team except the Boston Red Sox," Cashman told the media.

Obviously, the Yankees would want to trade with the Mets if it involves acquiring Syndergaard, but it should be noted that it’s not clear if the Mets would be willing to send a player to the Bronx. The two teams don't compete in the standings, but they compete on the back pages of the New York City tabloids. And Cashman was speaking generally, not about the situation involving Syndergaard. 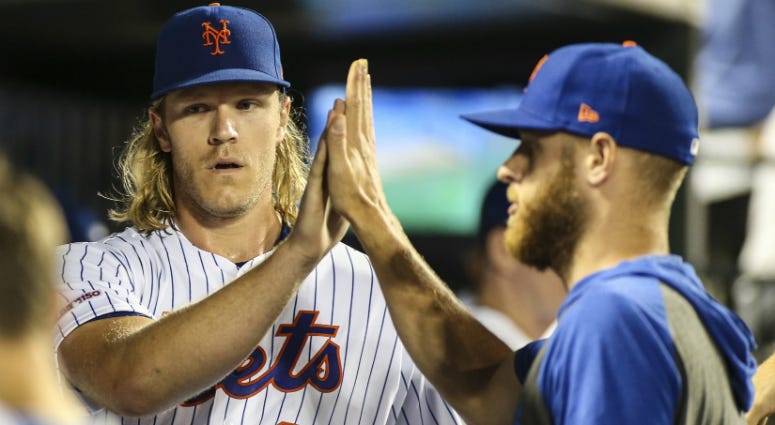 Syndergaard is reportedly available as Brodie Van Wagenen looks to sell off assets before the trade deadline. The Mets have played slightly better as of late, but their season has still been disappointing overall, and they face a steep climb over quite a few teams if they want to get a wild-card spot. They may be ready to throw in the towel and look towards next season.

Wheeler is also available, but he doesn’t have the pedigree that Syndergaard has, and at 29 he’s three years older than the one they call “Thor.” Wheeler has also had recent injury issues and just returned from a stint on the 10-day injured list with a shoulder issue.

The most noteworthy trade between the Mets and the Yankees was probably the 2001 deal that sent Robin Ventura to Yankee Stadium with David Justice going the other way.

It's no surprise that Cashman isn't willing to work with the Red Sox. The rivalry between the two teams can't really be bridged when both squads are competing at the top of the AL East and at the top of Major League Baseball. Plus, the Yankees are surely still a bit sore from being eliminated by Boston last October.