The NBA is reportedly favoring Walt Disney World in Orlando, Florida as a site for a potential return.

Basketball action, which has been suspended since early March due to the coronavirus, could resume at the iconic family vacation destination this summer, according to NBA insider Shams Charania.

Orlando has recently gained steamed as an option as a host site, Charania said, presumably in some sort of biosphere arrangement in which teams and players are confined to one city, a proposal which the league has long said to be considering. MLB and the NHL were also reportedly weighing similar plans.

Disney owns two of the NBA's most important TV partners -- ABC and ESPN. 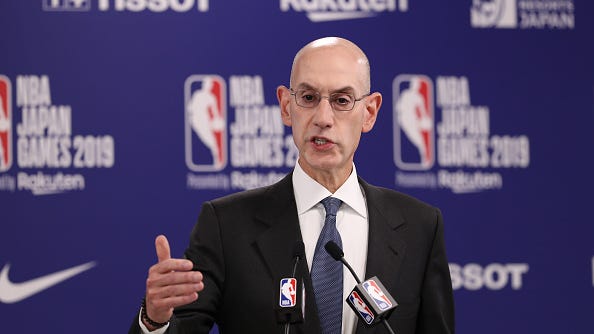 NBA Board of Governors Feel 'Positive' About Season Returning: Report

NBA Commissioner Adam Silver reportedly met with the league's board of governors last week, and emerged from the summit "feeling positive about momentum" toward the league returning to game action this summer.

Last week's news came as the NBA has allowed small numbers of players back into reopened team facilities for workouts, in accordance with the easing of lockdown measures in cities and states across the country.

Several top NBA superstars have voiced support for an eventual return of play this summer, including LeBron James and Stephen Curry. NBPA President Chris Paul said last month that the players would have final say in what an eventual return would look like.