Dylan Carlson is the No. 13 prospect in baseball, and the guess here is that the St. Louis Cardinals right fielder will soon find his way onto a list like this.

Despite some early struggles from Carlson, the Cardinals traded Dexter Fowler to the Los Angeles Angels earlier this month, opening up the chance for Carlson to play in right field on a full-time basis, assuming they don't also want to mix him in as an option in center field. In a lineup that includes Nolan Arenado and Paul Goldschmidt, don't be surprised if Carlson blossoms in his first full season at the major league level.

For now, here are our top 10 right fielders for 2021, with the note that we've classified both George Springer and Ronald Acuña Jr. as center fielders: 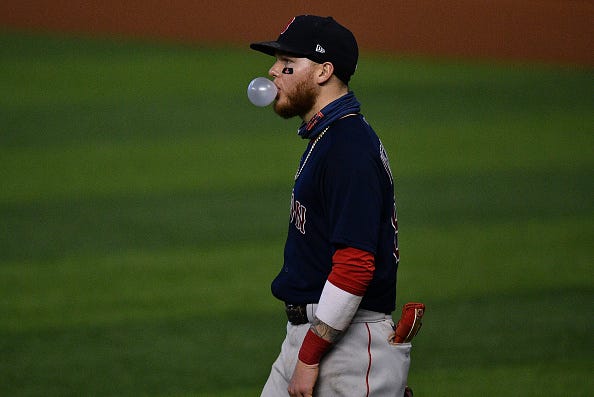 This is not doing apologetics for the Mookie Betts trade - it was a disaster for the Red Sox. However, it would be incorrect to suggest that they didn't get anything of value in return. In addition to middle infielding prospect Jeter Downs, Verdugo projects to be a long-term piece in the Red Sox lineup. In 598 at-bats split between the Los Angeles Dodgers and Red Sox the last two seasons, Verdugo has slashed .300/.351/.476 with an .827 OPS. He may be a better fit defensively in left field over the long run, but Verdugo will be a productive player in Boston for a long time to come. 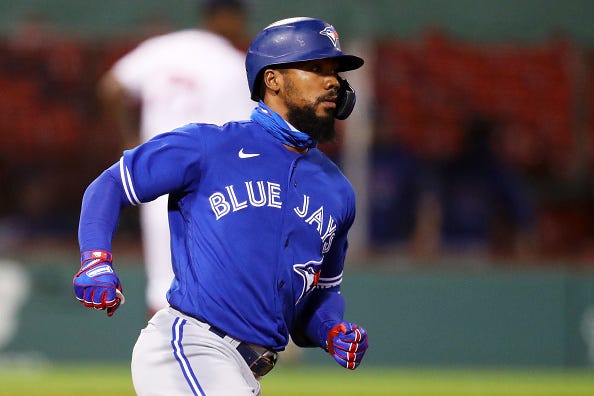 In a lineup full of young talents, Hernandez was arguably the most productive offensive player for the Blue Jays in 2020, slashing .289/.340/.579 with 16 home runs, 34 RBIs and a .919 OPS in the pandemic-shortened season. In the two seasons prior, Hernandez smacked at least 22 home runs. Ahead of his age-28 season, it would be fair to say that Hernandez is one of the most underrated players in the sport. 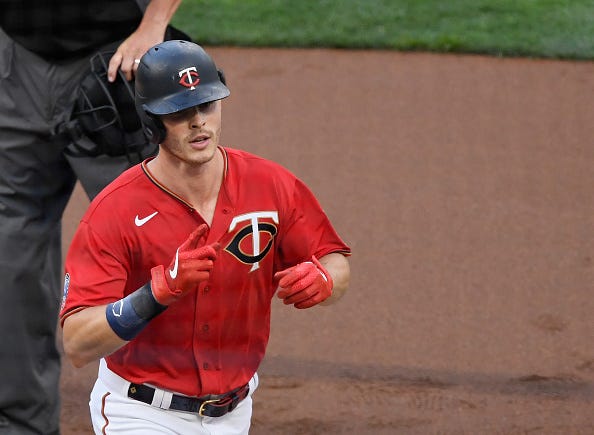 Kepler saw some regression in 2020, but that came a season after he homered 36 times and drove in 60 runs for the Twins. While Kepler may never top his 2019 campaign, he's hitting in arguably the deepest lineup in the sport, and figures to approach 30 home runs and 65 walks in 2021. 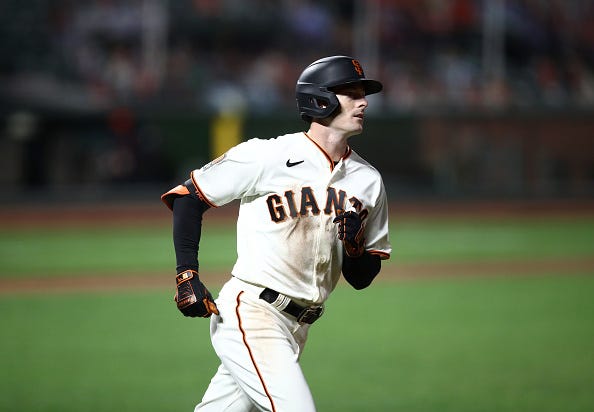 The grandson of Boston Red Sox icon Carl Yastrzemski, Mike didn't reach the major league level until age-28, but he's quickly made up for lost time. Over his first 161 major league games, Yastrzemski has hit .281 with 31 home runs and 90 RBIs, while posting 10 defensive runs saved across all three outfield positions. Yastrzemski might be something like this era's Jayson Werth, an outfielder that doesn't really burst onto the scene as a star until his late-20s, but has a fairly extended peak. 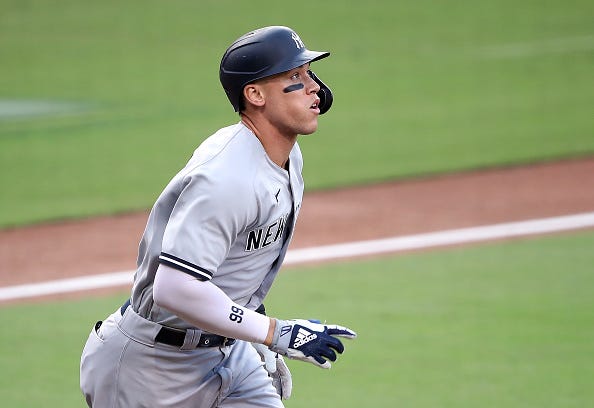 Judge is a superstar when he's healthy, but of a possible 384 regular season games in the last three seasons, Judge has played in just 242. Over that span, Judge has homered 63 times and posted a .917 OPS, so he's still very much an elite player when healthy. But after three consecutive injury-riddled campaigns, it's not unfair to ask for Judge, who will turn 29 in April, to remain healthy for a full season. 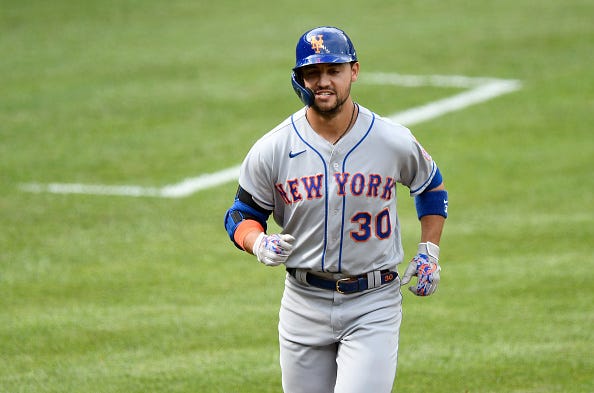 Michael Conforto is one of the game's most underrated stars. Photo credit (Greg Fiume/Getty Images) 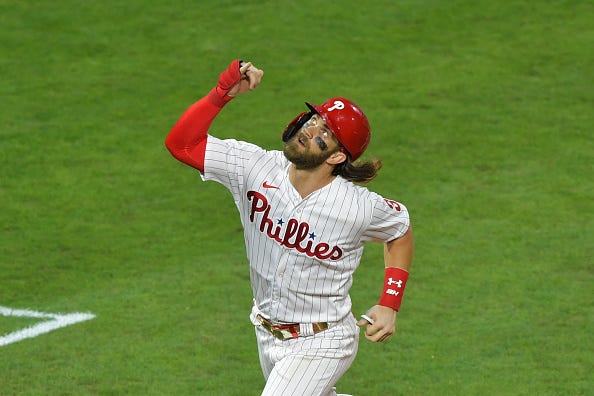 Despite playing at least half the season with a back injury that absolutely hampered him, Harper hit .268 with 13 home runs and 33 RBIs in 2020, while drawing a league-leading 49 walks. Harper posted 10 defensive runs saved in 2019, but regressed to -1 in 2020 because of the back injury. Now 28, assuming he remains healthy, 2021 could very well be the best year of Harper's time with the Phillies. 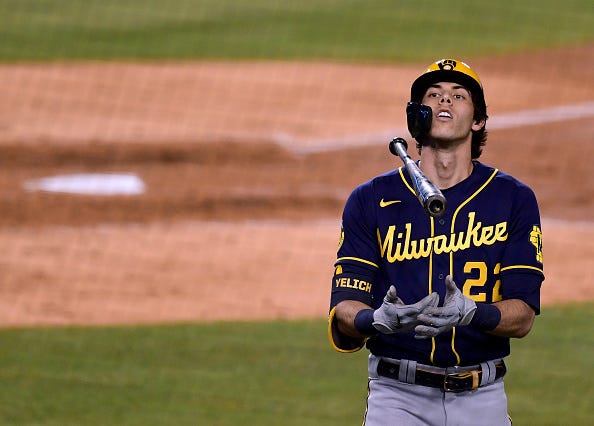 Perhaps more than anyone else in the sport, Yelich is hoping to leave the 60-game 2020 season in the rearview mirror. Yelich hit just .205 with a career-high 30.8% strikeout rate in 2020. In the prior two seasons, Yelich was probably the best overall offensive player in the National League, hitting .327 with 80 home runs and a 1.046 OPS. Yelich is still only 29, so we're going to bet that 2020 was an outlier for the former National League MVP. 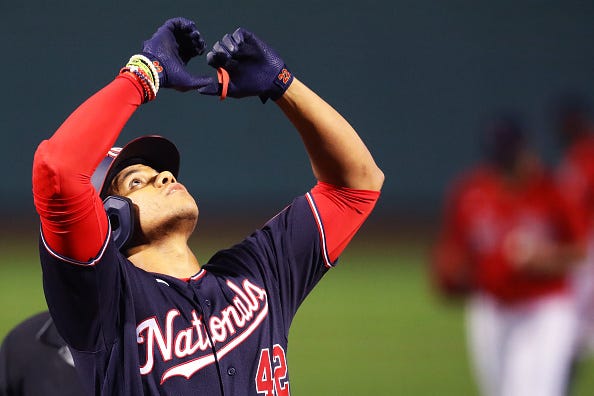 Soto's production early in his career, well, it's just been a joke. Because of a positive COVID-19 test, he wasn't available to open the season. No problem, a year after leading the Nationals to the World Series title, Soto still led baseball in batting average, on-base percentage, slugging percentage, OPS, OPS+ and intentional walks. He's one of the five best hitters in the sport, and perhaps higher. 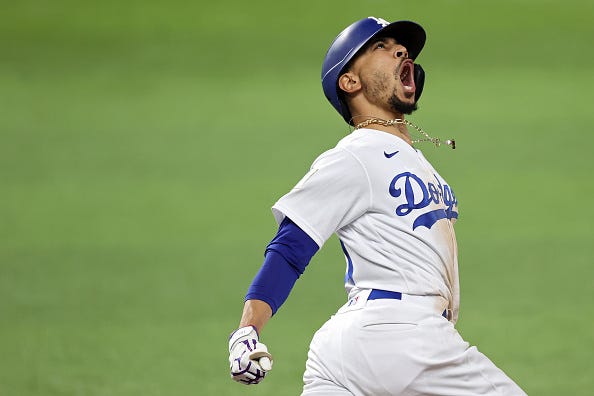 Betts is still only 28, but he's not far off from being a slam-dunk Hall of Famer. In his first season with the Dodgers, Betts won a Gold Glove Award, a Silver Slugger and finished second in National League MVP voting. Only Frank Robinson has won the MVP Award in both leagues, but it feels like only a matter of time before Betts joins him. In the meantime, he'll try to help the Dodgers defend their World Series title.

music
Watch Dolly Parton get the vaccine, 'a dose of her own medicine'
news
Biden says US will be able to vaccinate all Americans by end of May, moving up timeline two months
music
WATCH: Netflix releases 1st trailer for documentary on college admissions scandal
music
Viva Las Vegas: ‘Life is Beautiful Festival’ announces return this September
music
The Reel Buzz: Nicole Kidman, Cynthia Erivo to star in new series from 'GLOW' creators
music
9 Rappers that have their own clothing line