Tom Brady knows all too well that being one of the best puts a target on your back.

The legendary NFL quarterback has always had his share of detractors -- and they seemed to revel in his misery after the Tampa Bay Buccaneers' resounding loss to the New Orleans Saints on Sunday night.

Journalists, players and fans alike took to social media to lambaste Touchdown Tom over what was the most lopsided loss in his illustrious career. 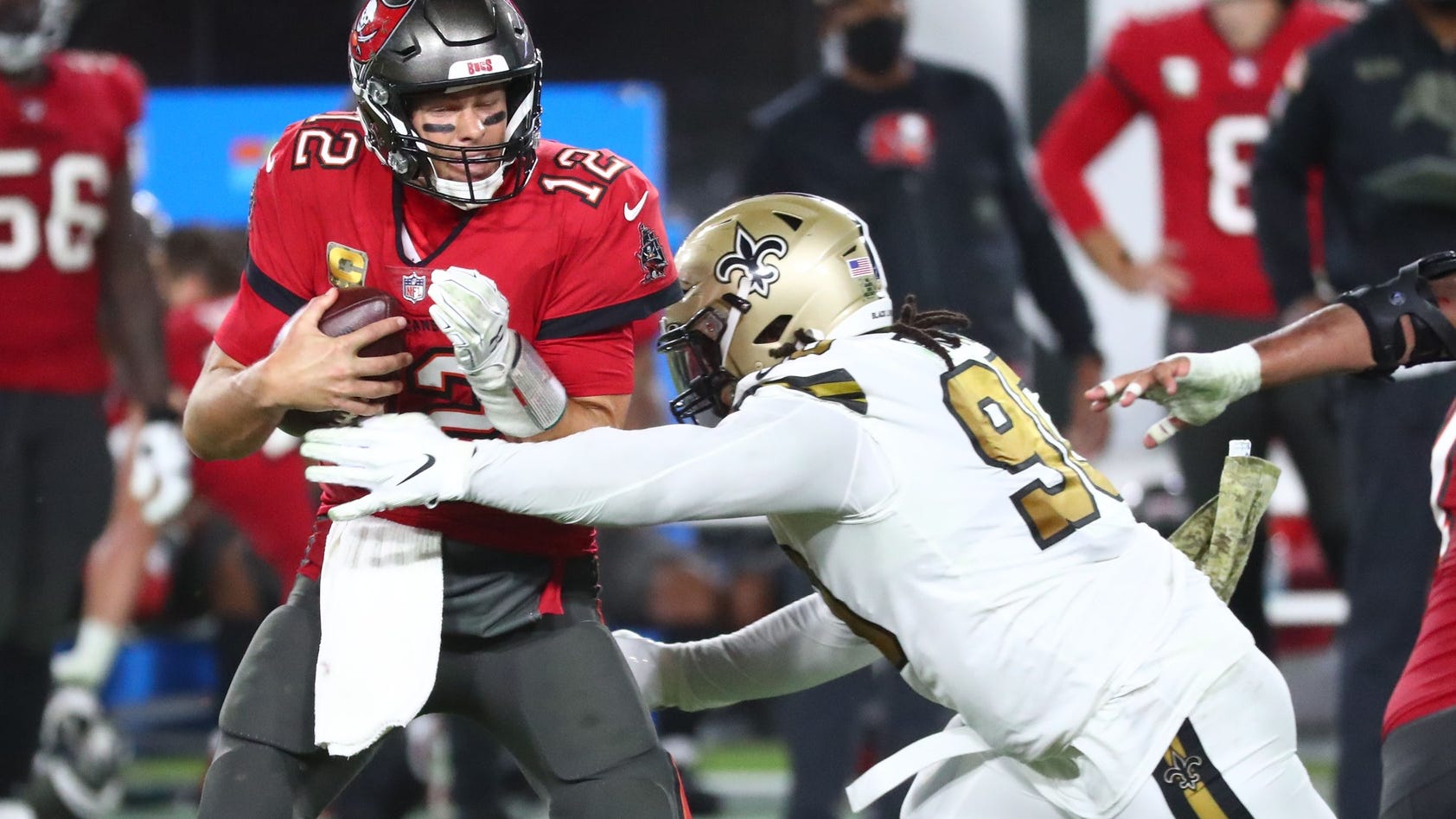 Tom Brady, Bruce Arians get a taste of nightmare scenario

The one-sided game sent Brady and the Bucs to a season sweep at the hands of their division rivals, which could give the Saints the advantage in a potential tiebreaker scenario for playoff seeding.

But mostly, people just wanted to dunk on TB12.

Saints star defensive end Cameron Jordan made sure to shout out his franchise quarterback, the legendary Drew Brees.

NFL great turned FS1 host Shannon Sharpe said Brady is finding the sledding to be tougher in the NFC South as compared to the AFC East.

Some fans just let their gifs and memes do the talking.

Saints fans around the world were hearing Brady this, Brady that all week. To all the media who picked the Bucs........ pic.twitter.com/OwCQdfA51B

"Imagine if Brady had Mahomes weapons"

AB looking back when he’s open to see Brady dumped it off again pic.twitter.com/J4qyWzHxiQ

Some even suggested Brady's third and final pick might have been the worst throw of his career.

Brady with his third interception, on what might be one of his worst throws ever 😳😬 pic.twitter.com/6jnjJg4Zn5

What was this? Tom Brady lobs an interception. #Saints pic.twitter.com/bRdAXvLuAi

Brady’s thrown so many interceptions Nevada hasn’t finished counting them.

Tom Brady has more interceptions in the last two and a half hours than Aaron Rodgers does all season.

Me waiting for another brady interception so I can post this pic.twitter.com/4ceiYxXIQX