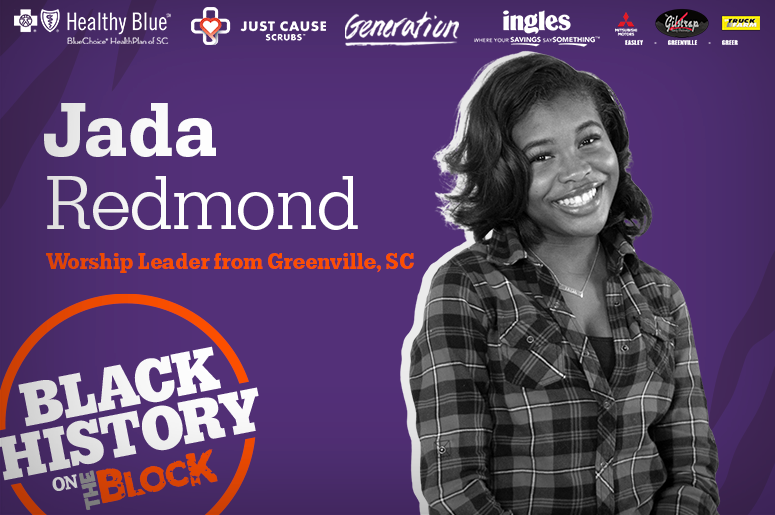 Jada Redmond is a Praise and Worship leader, artist, songwriter, motivational speaker and entrepreneur that was born January 22, 2004. Jada has gained acceptance from her peers by using her platform on social media to provide #TuesdayTalkWithJada. Tuesday Talk is provided weekly to speak life and encourage others. It can be found on YouTube, Instagram and Facebook.

Jada sang for the first time publicly at 4 years of age. She became a member of 2-time Stellar Award winning Choir/organization Pure-N-Heart, under the direction of Alphaeus Anderson at the age of 5. She was featured on the Kids project Pure-N-Heart Kids "LIVE", co-leading “Everywhere We Go”! Jada also used her bi-lingual gifting to sing the Spanish interpretation of Pure-n-Heart anti-bullying song "Change the World ''.

Jada performed her freshman EP at 11 years old titled “Brother,” that was released in June of 2015. From the EP, she was nominated and was recipient of the 2016 Rhythm of Gospel Awards, an Independent Gospel award, Youth/Young Adult Artist of the Year. She also was nominated for a prestigious Stellar Award in the category of Youth Artist of the Year in 2016. She has completed and released her sophomore project, "My Season", released January 2019 that gained another Stellar nomination.
Jada has also released a social justice single and video in 2020 titled “Why?”!

A junior at Eastside High School, she is a member of the Spanish Honors Society and track team. She is also an All-Region athlete. Jada is also a part of the very renowned Greenville Jets Track Club.