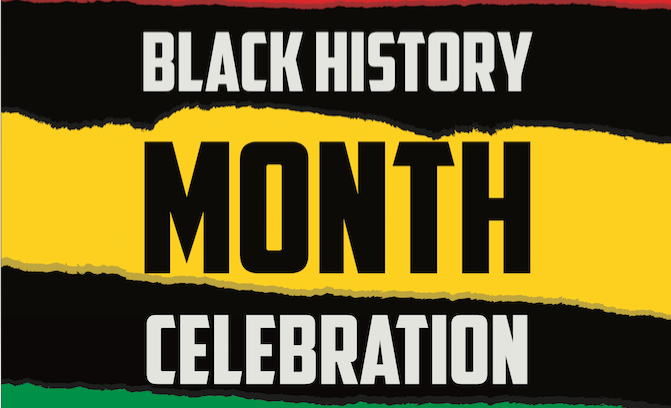 By The Charlie Brennan Show with Amy Marxkors 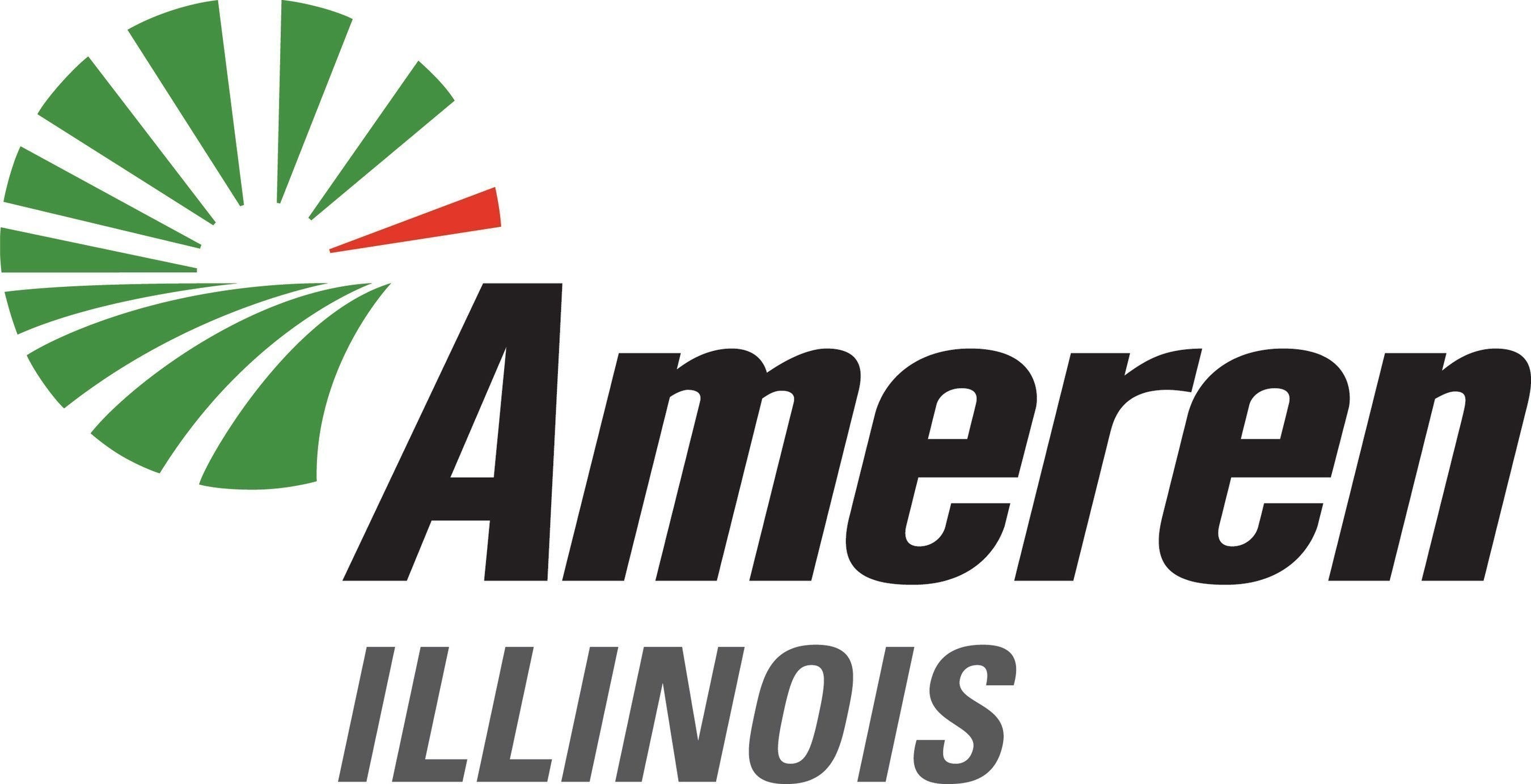 Robert McFerrin
Robert McFerrin was born in Arkansas, the son of a strict Baptist minister who did not allow singing except for gospel music. That changed when McFerrin moved to St. Louis and a teacher at Sumner High discovered his talents. He studied classical voice training at Sumner High and, in 1955, he became the Metropolitan Opera’s first African-American male soloist. In 2003 Opera America honored Robert McFerrin Sr. with a lifetime achievement award.

Scott Joplin
Scott Joplin, one of the most important ragtime composers, lived in an apartment at 2658A Morgan Street (now Delmar) at the time he created his 1902 composition, "The Entertainer." Joplin’s compositions enjoyed a rebirth in 1973 when used in the movie "The Sting" starring Robert Redford and Paul Newman. "The Entertainer" was a top 40 hit in 1973.

Ivory Crockett
On May 11, 1974, 24-year-old Ivory Crockett of Webster Groves became “the world’s fastest man” when he ran the 100-yard dash in 9.0 seconds at the University of Tennessee in Knoxville.  Crockett’s record still holds since the race is now measured in meters, not yards. The son of a sharecropper, Crockett ran track at Brentwood High School for two years before transferring to Webster Groves High School. He is one of the few to hold records at two high schools!

Dick Gregory
Civil rights activist Dick Gregory was born at 1803 N. Taylor in 1932. He set a state track record while attending Sumner High School. He also ran track for SIUC. He later became a comedian with appearances on The Tonight Show, The Ed Sullivan Show and hundreds of other programs. Gregory ran for president in 1968 as a write-in candidate. John Lennon claimed the inspiration for his song “Imagine” came from a book of prayers he received from Dick Gregory.

Ryan Howard
Ryan Howard played both trombone in the marching band and football his first two years at Lafayette High School. He would attend the first half of football practice and then the second half of band practice. Howard later played 13 seasons with the Philadelphia Phillies. He was the Rookie of the Year in 2004, National League MVP in 2006, a 3-time All-Star and the fastest player to get 100 homers, 200 homers and 1,000 RBIs

Albert King
Albert King lived in Brooklyn Illinois in the 1950s and the 1960s when he played area clubs with Ike Turner. King’s blues guitar style influenced Eric Clapton, Jimi Hendrix, Elvin Bishop and many others. In 2011, King was ranked number 13 on Rolling Stone's 100 Greatest Guitarists of All Time. King entered the Rock and Roll Hall of Fame in 2013

VADA MANAGER
Vada Manager, a native of East St. Louis, is listed as one of the country’s most influential African American corporate directors by Savoy Magazine. Manager has served on the board of Ashland Inc. as well as the Helios Education Foundation. Previously,  Manager was Senior Director of Global Issues Management for Nike. Manager led a team to South Africa to assist with the newly elected administration of President Nelson Mandela.

WILLIAM WALKER
William Walker was born June 6, 1915 in Carbondale. He applied for admission to the military’s Pilot Training program in 1940. His application was returned, as there was no such program for black pilots.  But in May of 1942 Walker was sent to Tuskegee, Alabama, for Engineer Officer Training School. He became one of the 450 Black pilots who flew over Europe during World War II, overcoming many obstacles to defend their country. Walker later served 27 years as Principal of Lincoln Grade School in Centralia .

ELIZABETH LEWIN
Elizabeth Lewin, a Carbondale native, has four degrees: a bachelor’s and master’s degrees from SIU, an education specialist degree from SIUE, and a PhD from the University of Sarasota in Florida. Lewin was Edwardsville’s first African-American school administrator, serving as assistant principal then principal of Edwardsville High School. She was named as the first African-American female superintendent of the Carbondale Elementary School District in 1995. 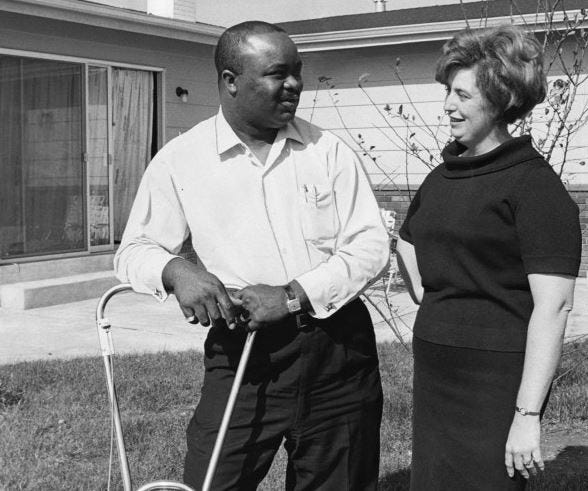 JOSEPH LEE JONES
Joseph Lee Jones and his wife Barbara tried to buy a home on Hyde Park Drive in Florissant’s Paddock Woods subdivision in 1965. However, the developer rejected the couple because Mr. Jones was black. The couple sued. Their case went to the U.S. Supreme Court, which ruled in a landmark 7 to 2 decision in 1968. The constitution banned racial discrimination in the sale or rental of housing.

Minnie Scott Lilly
Minnie Scott Lilly, born in Murphysboro, Illinois in 1868, moved to East St. Louis as a child. She was one of the first three graduates of Lincoln High School. Ms. Lilly studied at the University of Montana in Missoula and did graduate work at the University of Illinois. She taught English at Lincoln High, where she also directed plays. She refused to sit in the section set aside for African American teachers. The other black teachers then followed suit. She urged students to attend college saying, “Keep on keeping on! Climb the ladder to success and never stop keeping on!” 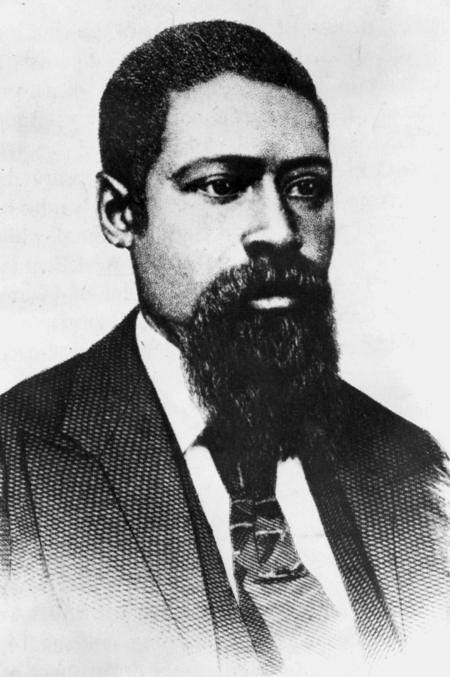 James Milton Turner
James Milton Turner, born in St. Louis County in 1839, his mother was enslaved, but later freed in 1843. James was educated in clandestine schools in St Louis. After the Civil War, he established 32 new schools for blacks in Missouri and obtained state financial support from Lincoln Institute. President Grant named Turner the U.S. Minister of Resident Council General to Liberia, making Turner the first black man to hold that position. Today 3 schools are named in his honor. 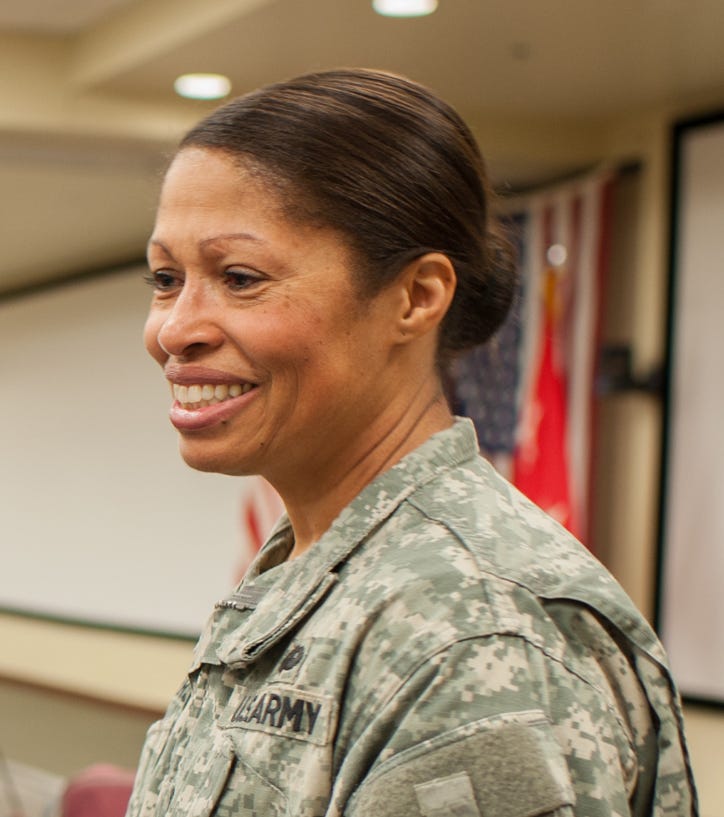 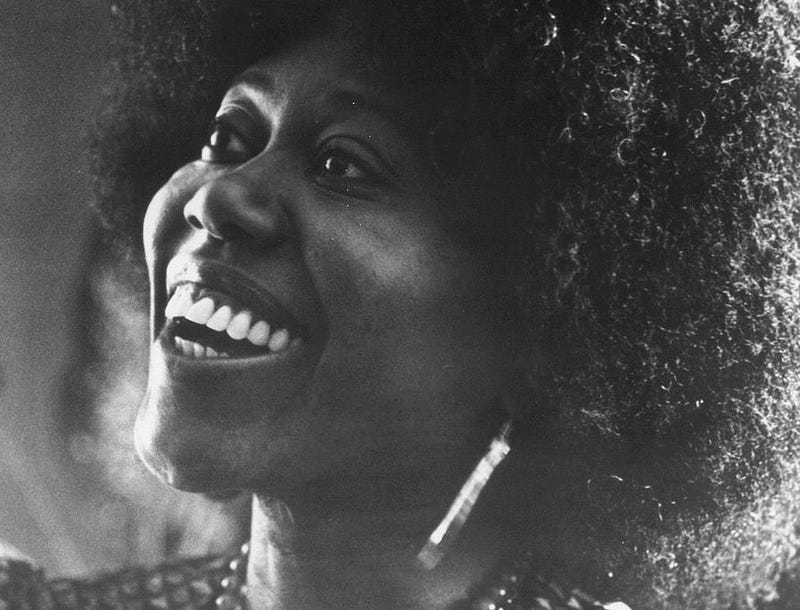 Dr. Barbara Ann Teer
Dr. Barbara Ann Teer, a native of East St. Louis, graduated from Lincoln High School at age 15 and the University of Illinois at 19. Teer embraced the theatre, after a knee injury halted her career as a dancer with Alvin Ailey and other troops. In 1968, Teer founded Harlem’s National Black Theatre, the first revenue generating black theatre arts complex in the United States. There she produced shows, lectures and other special events and presented art exhibits, workshops and classes. 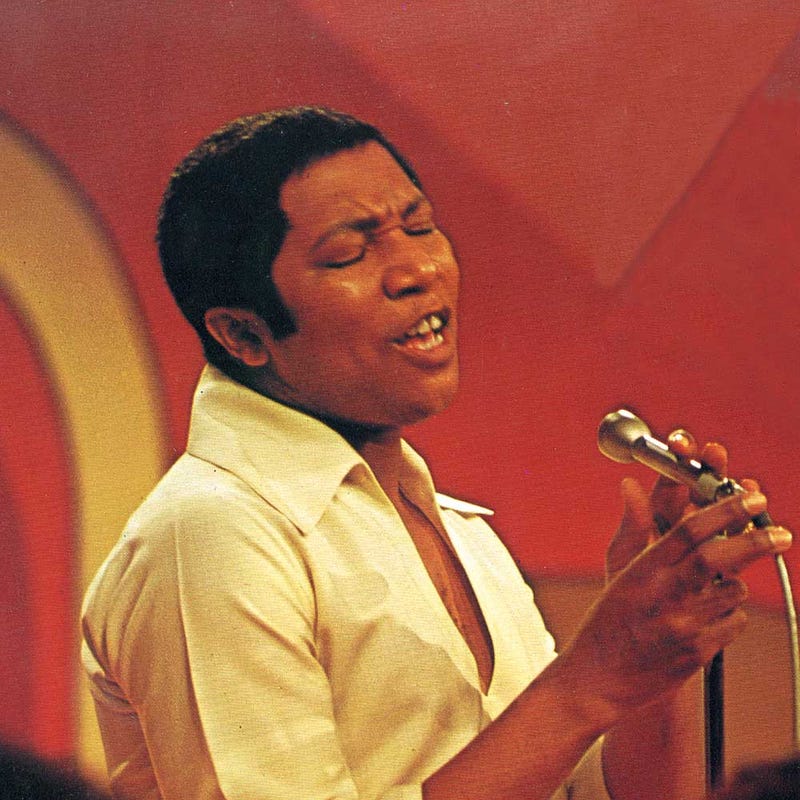 Luther Ingram
﻿Luther Ingram moved to Alton from Tennessee when he was 10 in 1947. He later performed with Ike Turner in East St. Louis nightclubs. He was Jimi Hendrix’s roommate in New York, the opening act for Isaac Hayes, and composer of “Respect Yourself” for the Staple Singers. Ingram also recorded “If Loving You is Wrong, I Don’t Want to Be Right” in 1972. It was No 1 on Billboard’s R & B Charts. Ingram died in Belleville in 2007 at the age of 69. 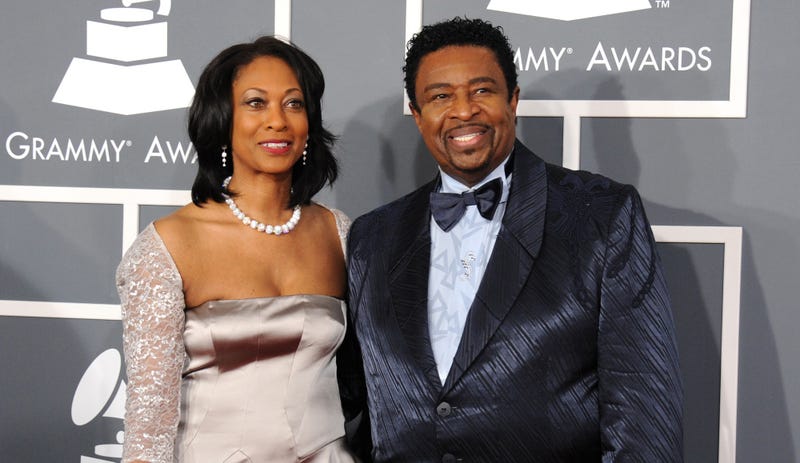 Dennis Edwards
﻿Dennis Edwards joined the Temptations in 1968. Soon after, the singing group won their first Grammy for “Cloud Nine” and another in 1971 with Edwards singing lead vocals, for “Papa Was a Rollin’ Stone.” The song reached No. 1 on the Billboard charts. Edwards moved to St. Louis in the 1980s and lived here until his death in 2018. He was inducted into the Rock and Roll Hall of Fame in 1989. Edwards told the Post-Dispatch, “St. Louis is the best thing that ever happened to me.” 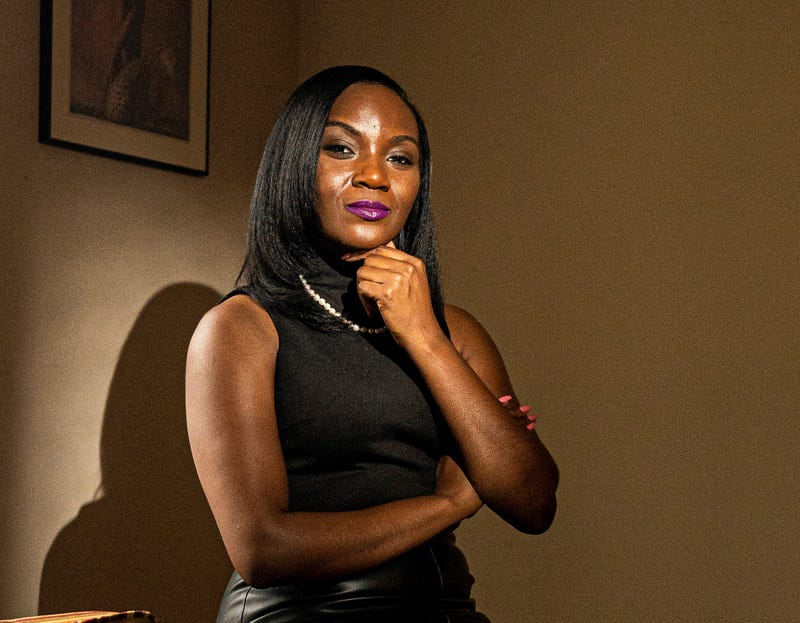 Kizzmekia Corbett
﻿One of the leading researchers at the National Institute of Health who made the coronavirus vaccine a reality is Kizzmekia Corbett, a 34-year-old African-American viral immunologist in the Institute’s vaccine research center. Corbett worked with Moderna, the pharmaceutical company that developed one of the two mRNA vaccines shown to be more than 90% effective. Some day the history books may well credit this “rock star scientist” for helping end the pandemic. 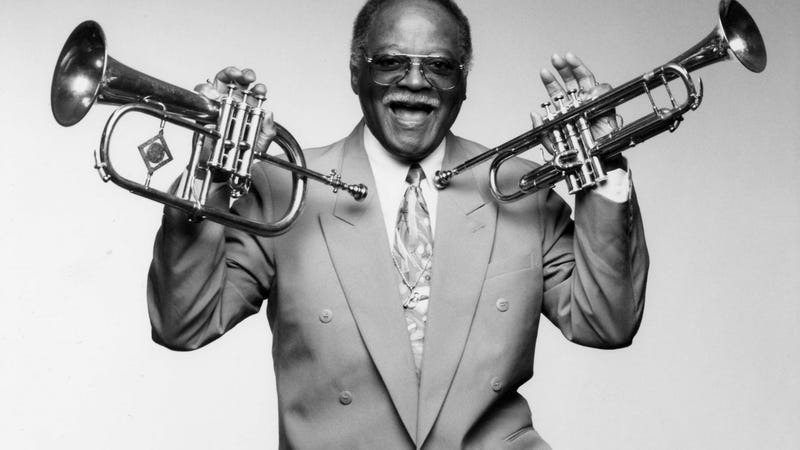 Clark Terry
﻿Clark Terry, born in St. Louis in 1920, played trumpet with Count Basie and Duke Ellington. Performing with NBC’s Tonight Show Orchestra, Terry became the first African American to work for a network orchestra on a regular basis. He was a mentor to Miles Davis. When Quincy Jones was inducted into the Rock and Roll Hall of Fame, he credited Clark Terry. Annual Clark Terry jazz festivals take place at SE Missouri State University and The University of New Hampshire. 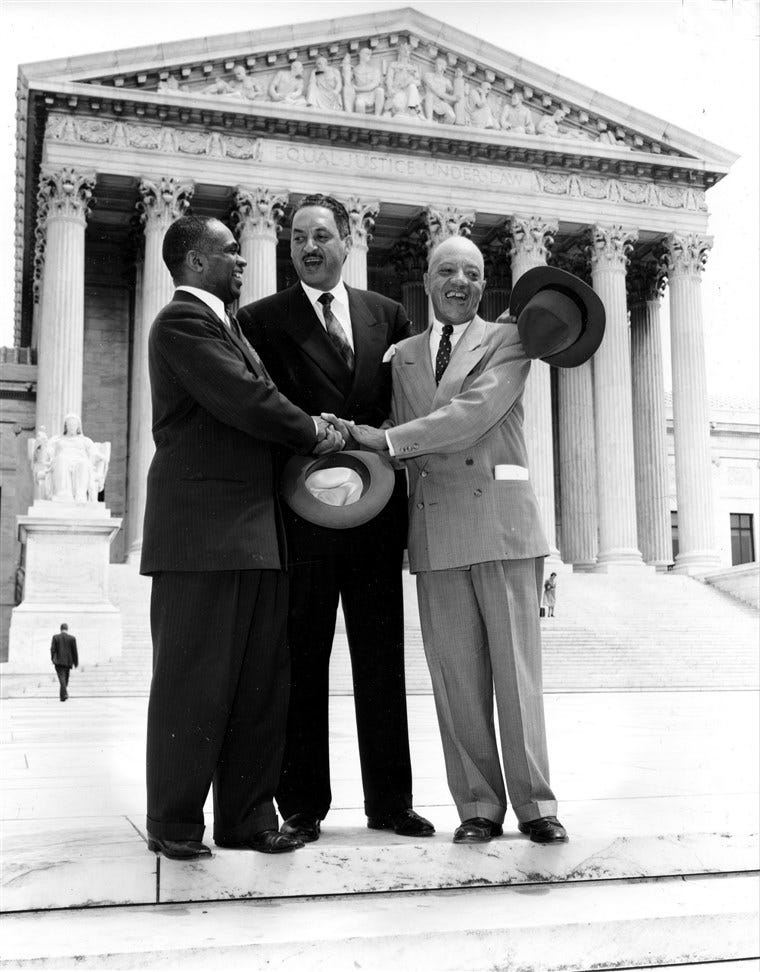 Billy Jones
﻿In 1945, Billy Jones graduated from the Howard University School of Law and started practicing law in East St. Louis. In 1949, he led Black students into 9 all-white public schools at the beginning of the school year. He filed lawsuits to integrate the schools in East St. Louis, then in both Cairo and Sparta Illinois. These lawsuits culminated in the landmark 1954 Supreme Court decision, Brown vs. Board of Education, which abolished segregation in public schools.