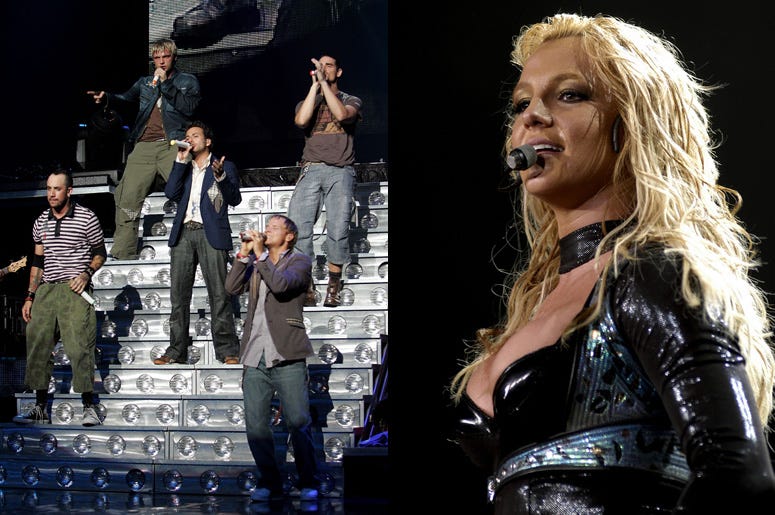 Close your eyes and imagine it’s 1999 again. The Furby is the hottest toy out there and we’re all collectively freaked out our computers will turn back to 1900 rather than turn forward to 2000 next year.

Want to tickle your nostalgic senses with even more excitement? You just got word that Britney Spears and the Backstreet Boys are teaming up to release a song together.

Britney just released a limited edition deluxe version of her 2016 album Glory and it features her brand new collaboration with the Backstreet Boys “Matches.”

“I’m so excited to hear what you think about our song together!!!” she captioned an Instagram post. “The love you guys have shown this album this year has been stupid amazing… like I can’t even believe it !!! I hope it brings you joy. GOD BLESS YOU ALL!!!!”

The Backstreet Boys were similarly thrilled with the opportunity to team up with Britney. “What a GLORIOUS day it is... we’ve been asked about the possibility of a collab like this for the past 20 years and today is the day!!” They wrote on Twitter.

What a GLORIOUS day it is... we’ve been asked about the possibility of a collab like this for the past 20 years and today is the day!! #BritneyXBackstreet is finally here! #Matches is out now on @britneyspears’ Glory Deluxe 🔥 https://t.co/Yhh6X3aH0P pic.twitter.com/bsE6CFGSCS

The collaboration is one of two new songs appearing on the new version of Glory as the track “Swimming in the Stars” accompanies “Matches.”