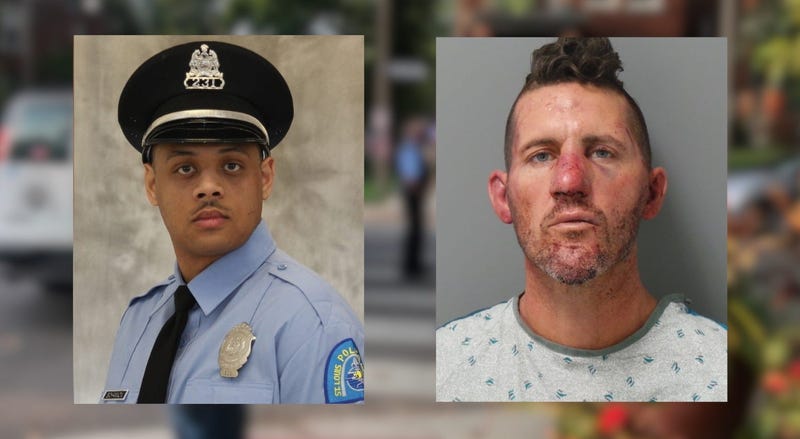 Bohannon – known as "Bo" to those in his squad – was shot in the head with his 9mm semi-automatic handgun by Kinworthy, according to a probable cause statement.

Kinworthy, 43, was taken into custody Sunday morning after an 11-hour standoff inside a home that he broke into and ordered the family out. He remains in custody with no bond allowed. 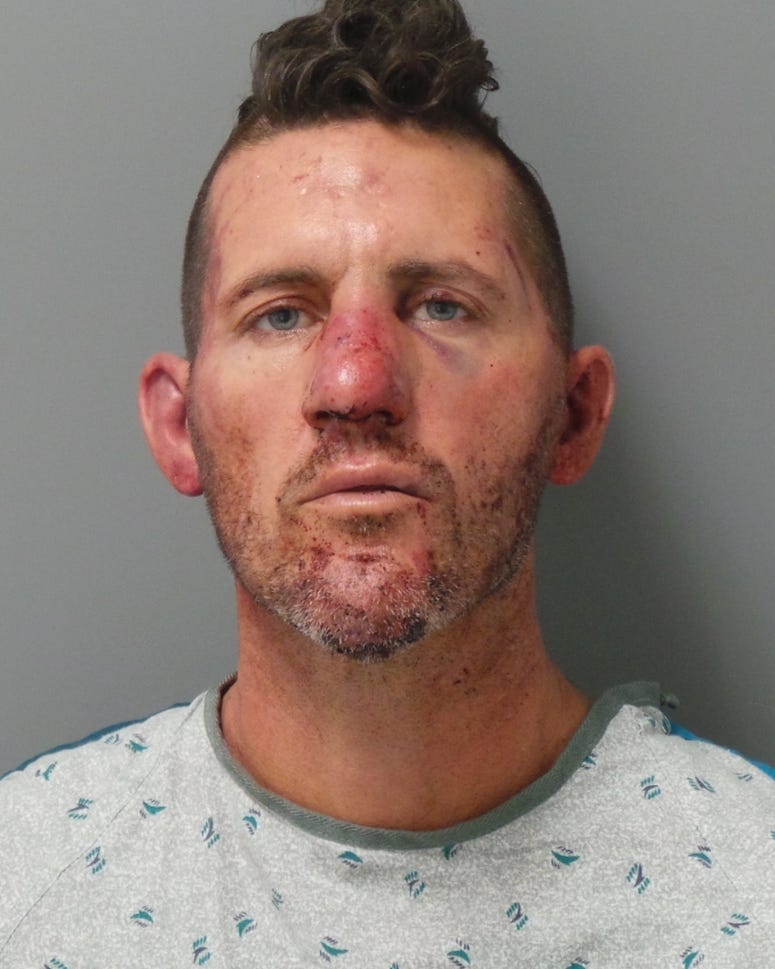 The suspect was found armed with a 9 mm semi-automatic handgun in the second floor after an 11-hour standoff. His mug shot shows a swollen, black and blue nose and cuts on the suspects face.

Just a few days ago, Kinworthy didn't show up at a Florida court in a sexual battery and kidnapping case.

Bohannon, 29, had been with the department for 3 1/2 years. He and another officer were shot when responding to a call about a reported shooting victim in the South Grand neighborhood near Tower Grove Park. The second officer was shot in the leg, then treated at a hospital and released.

One of two St. Louis Police officers shot Saturday has died and the suspect is in custody.

The officers were “trying to do their job, that’s all they’re trying to do and they’re suffering under gunfire,” Hayden said, adding that the incidents are part of “a surge in violence” this summer. He asked residents to pray for the officers.

Hayden said eight of his officers have been shot in the line of duty since June 1.