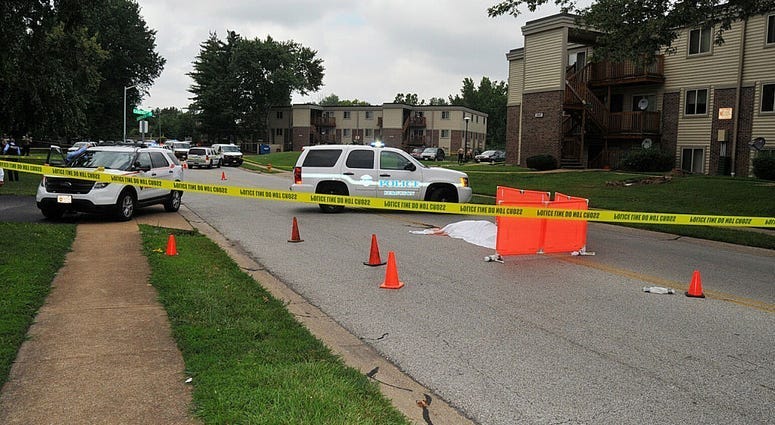 Bell says this doesn't exonerate Wilson, as there were many things he could have done differently, but the only question, he says, is whether they can prove beyond a reasonable doubt that a crime occurred.

"The answer is no," said Bell.

"My heart breaks for Michael Brown Sr. and his mother, Lesley McSpadden," said Bell, noting this isn't the outcome they were hoping for.

"I do not intend to relitigate the evidence of this case," said Bell at a news conference.

In August of last year, Michael Brown Sr. "demanded" Bell reopen the case into his son's death in 2014. The statement came on the five-year anniversary of his death.

"My son was murdered in cold blood, with no remorse and no medical treatment," Brown said last year.

At that time, Brown says he was given any kind of timeframe as to when an announcement from Bell's office would be made.

Aug. 9, 2014, Michael Brown was shot by a white police officer in Ferguson, Mo. The officer, Darren Wilson, was never charged.

However, the U.S. Justice Department did issue a report citing racial prejudice in the Ferguson Police Department and a municipal court system that made money through court fines and legal fees.

McCulloch drew criticism for his handling of the investigation into the Michael Brown shooting, with detractors accusing him of guiding the grand jury to its decision not to indict Wilson, which came in November 2014, three months after Brown’s death.

Since Wilson was never charged and tried, there would be no double-jeopardy, nor statute of limitations for bringing murder charges.