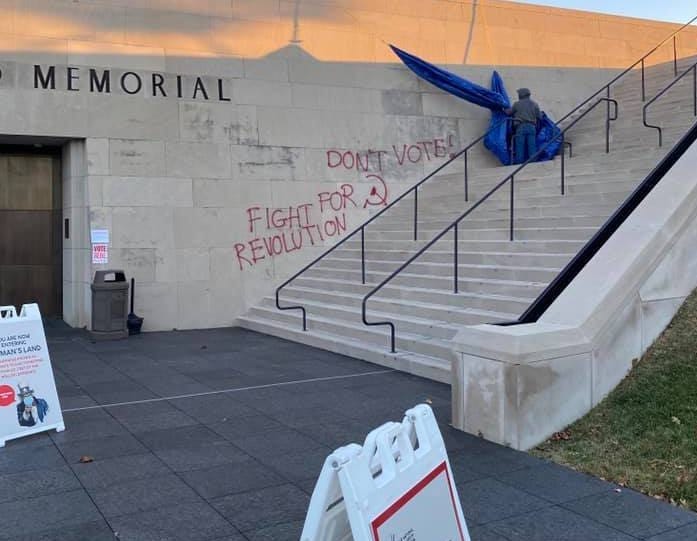 Kansas City, MO – Graffiti including a "don't vote" message that was sprayed on the outside of the entrance to the National WWI Museum and Liberty Memorial has been cleared off.

Workers scrambled to remove the vandalism as the museum is serving as a polling location today.

The museum shared the graffiti on a Facebook post, and said a small group of people defaced stonework at the National WWI Museum and Liberty Memorial with red spray paint featuring "Don't Vote" messages and included a hammer and sickle symbol.

"We are honored to be a polling location for today’s election and condemn this attempt at voter intimidation," officials said in the post. "Our democracy is something that generations of veterans, including those in WWI, have fought to defend. Today we’ll clean this up and we hope that you’ll all do your part to vote and make your voices heard.‬"