ST. LOUIS (KFTK) - When the 2020 St. Louis Cardinals season begins at Busch Stadium on Friday, the words "Black Lives Matter" will be stenciled on the pitching mound, according to the man who will be taking the mound first.

Pitcher Jack Flaherty, who has been named the Opening Day starter against the Pittsburgh Pirates, says it is something that MLB players "were in constant communication" with the MLB commissioner’s office to try to make a league-wide statement.

"I don’t know what's the case for everywhere, I know that here we’re going to have it," Flaherty says. "I don’t know about every stadium."

The 24-year-old was asked what it will mean to see that message on the mound.

Related: 'Something is in the works': Cardinals pitcher believes MLB players could kneel for national anthem

"It's great to have the acknowledgment and that's kind of the place that you've got to start at," Flaherty say. 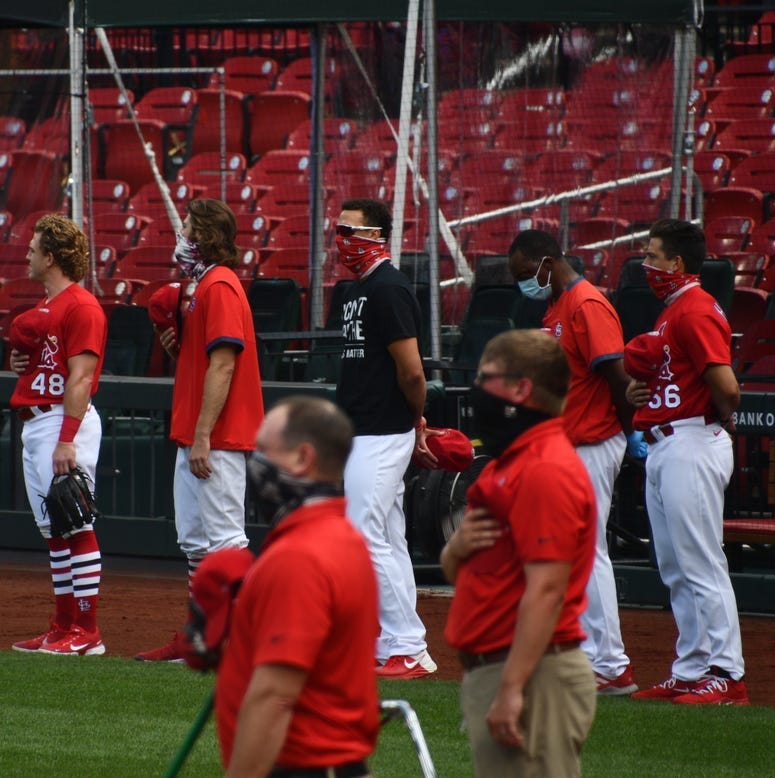 There have been other MLB players and at least one manager who took a knee during the national anthem before an exhibition game this week. Several players on the Cincinnati Reds took a knee and so did several members of the San Francisco Giants, including manager Gabe Kapler, and Los Angeles Angels reliever Keynan Middleton knelt and raised his right fist during the national anthem.