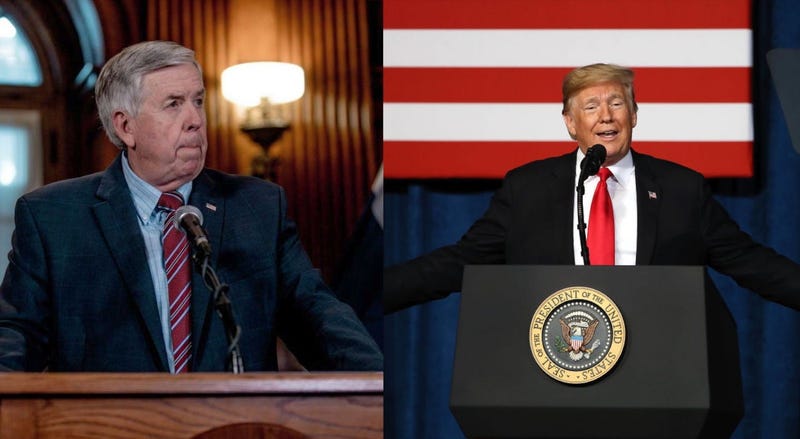 (KFKT) - Republicans kept a tight grip on the state of Missouri with victories in both the re-election of Gov. Mike Parson and again picking Donald Trump as President of the United States.

Missouri was a true battleground state for a century of presidential elections, as the state correctly voted for the ultimate election winner in all but one race from 1904 to 2004.

When Trump took the state in 2016, by a nearly 19% margin over Hillary Clinton, it was the fifth straight Republican victory.

Parson was elected lieutenant governor in 2016 and moved to the role of governor after Eric Greitens resigned facing possible impeachment amid multiple scandals.

Throughout the campaign, they had competing visions on aspects of the COVID-19 pandemic and the future of policing in Missouri. Galloway, Missouri's auditor, called for a statewide face mask mandate and Parson left that up to local communities to decide for themselves.

The number of COVID-19 cases in Missouri continued to climb in recent weeks as the state confirmed more than 2,000 new cases on Tuesday. However, hospitalizations dropped slightly after setting record highs on the previous two days.

Galloway has been criticized for the support she has received from racial justice activists who have called for defunding the police. She has said she doesn’t support defunding the police but does favor providing more money for things such as education and mental health services that would address what she calls systemic problems.

The position of Missouri governor is a four-year term.