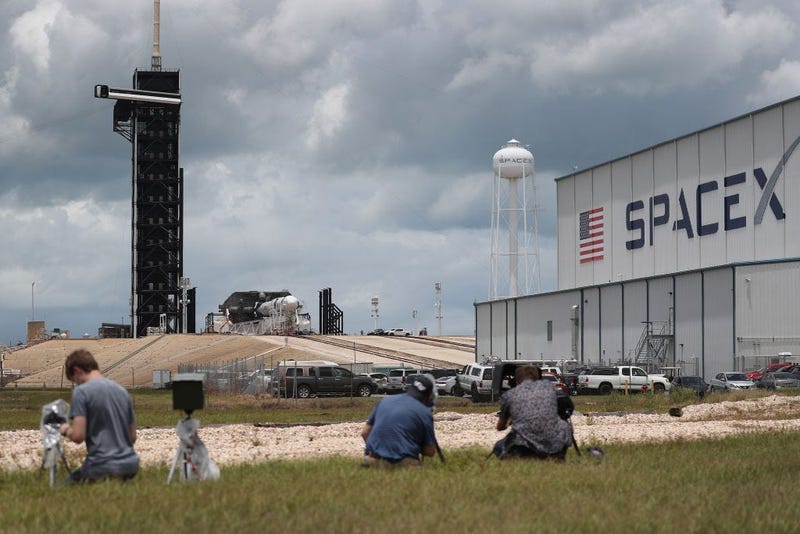 (KFTK) - Wednesday's SpaceX rocket launch has been aborted due to weather concerns in Cape Canaveral, Fla. Liftoff is rescheduled for Saturday at 11 a.m. ET.

Thunderstorms and a possible tornado were in the forecast of the planned 4:33 p.m. ET launch. It was called off just 16 minutes before the two NASA astronauts were set to liftoff on a history-making flight.

"We are not going to launch today."

Due to the weather conditions, the launch is scrubbing. Our next opportunity will be Saturday, May 30 at 3:22pm ET. Live #LaunchAmerica coverage will begin at 11am ET. pic.twitter.com/c7R1AmLLYh

Space veterans Doug Hurley and Bob Behnken, of St. Louis, were scheduled to ride into orbit aboard the brand-new Dragon capsule on top of a Falcon 9 rocket, taking off for the International Space Station.

The spacecraft is part of a project to help usher in a new era of commercial spaceflight. It would also be a huge moment for NASA, as the first launch from U.S. soil in nearly a decade.

“No launch for today — safety for our crew members @Astro_Doug and @AstroBehnken is our top priority,” NASA Administrator Jim Bridenstine tweeted, using a lightning emoji.

The flight — the long-held dream of SpaceX founder Elon Musk — would have marked the first time a private company sent humans into orbit.

It would also have been the first time in nearly a decade that the United States launched astronauts into orbit from U.S. soil. Ever since the space shuttle was retired in 2011, NASA has relied on Russian spaceships launched from Kazakhstan to take U.S. astronauts to and from the space station.

During the day, thunder could be heard as the astronauts made their way to the pad at NASA’s Kennedy Space Center, and a tornado warning was issued moments after they climbed into their capsule.

The preparations took place in the shadow of the coronavirus outbreak that has killed an estimated 100,000 Americans.