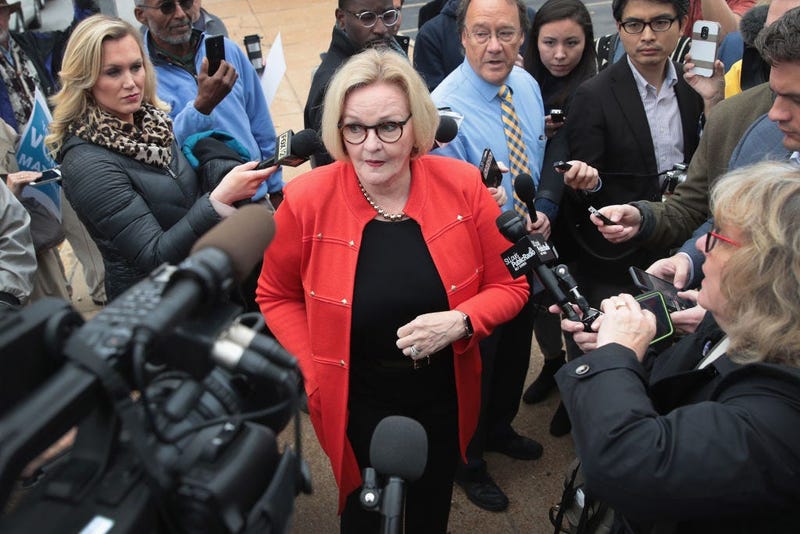 (KFTK) - A man driving on a snowy Utah highway at speeds of up to 130 mph told police he was drunk, on drugs and headed to kill a former U.S. senator in Missouri "if she wasn’t dead already."

George William Stahl, 36, was arrested on Wednesday morning and is being investigated for making a threat of terrorism, failing to stop at the command of police, reckless driving, speeding, DUI and drug possession, according to a report from Deseret News.

A police affidavit states he was spotted by a Utah Highway Patrol trooper driving 115 mph, then tired to out drive the officer. The report says there were slick roads and snow falling at the time of the incident.

He was caught after another trooper spiked Stahl's tires.

“Stahl was belligerent and appeared heavily intoxicated. He smelled of an alcoholic beverage and his eyes were glassy and bloodshot," the affidavit states. "There was an empty 12 pack of Budweiser beer in his vehicle as well as a partially consumed other 12 pack. Stahl stated that he was on Adderall and LSD and beer."

The affidavit also states Stahl said "several times" that he was planning to go kill U.S. Sen. Claire McCaskill of Missouri. The report does not give an explanation why.

McCaskill spoke to the St. Louis Post-Dispatch about the arrest saying, "Obviously, this is not the first time there have been threats, and that is never good. But the political temperature is very high right now, which makes it concerning."