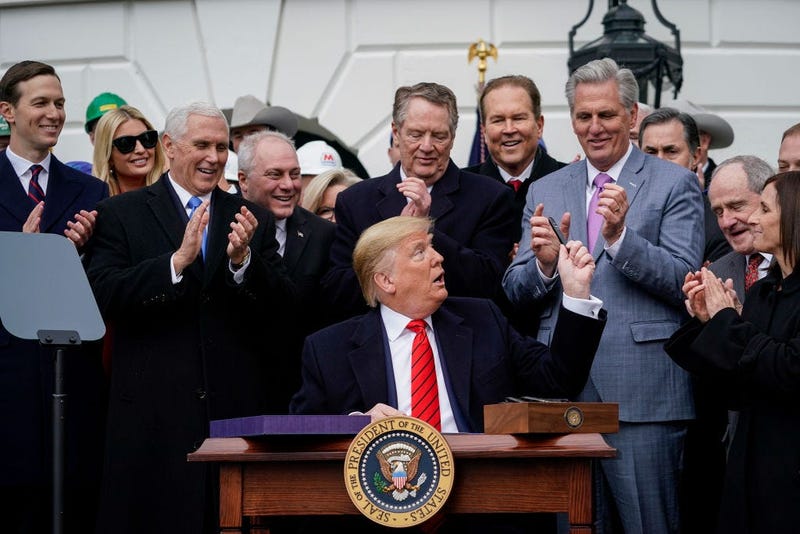 WASHINGTON (AP/KFTK) — President Donald Trump on Wednesday signed into law a major rewrite of the rules of trade with Canada and Mexico, celebrating the fulfillment of one of his top campaign promises.

And the President got in a pretty good jab directed at House Speaker Nancy Pelosi.

He handed out pens before the signing of the new U.S.-Mexico-Canada Agreement which, along with the signing of a “phase one” agreement with China, dials down trade tensions that have contributed to slowing economic growth globally.

“Today, we're finally ending the NAFTA nightmare," Trump said in a ceremony on the South Lawn. The event featured hundreds of business and farm leaders from around the country and scores of Republican officials.

You'll remember, earlier this month when Pelosi and others signed the articles of impeachment against Trump she handed out special pens to mark the occasion.

The tradition is typically reserved for something that calls for celebration and is a resounding positive move for the country as a whole. And, well, this clearly wasn't a positive for the entire U.S.

Impeachment is so “Prayerful” that Pelosi was handing out pens in celebration.