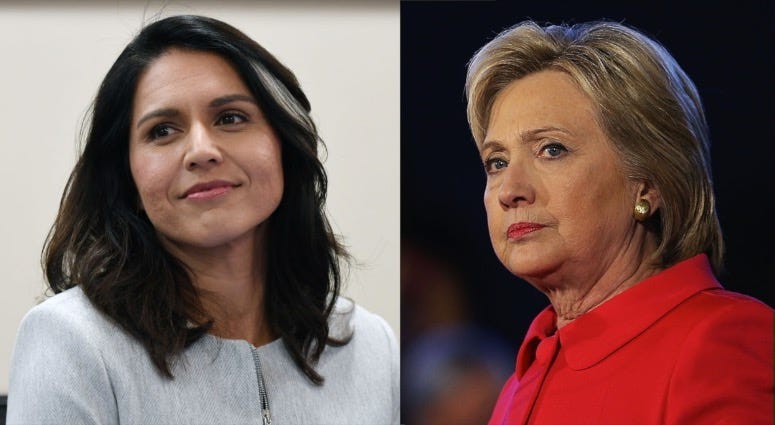 (KFTK) - Rep. Tulsi Gabbard is suing Hillary Clinton for calling her a "Russian asset" during an interview last year.

The Hawaii Congresswoman, who is still in the field for the Democratic presidential nomination, filed a $50 million defamation lawsuit against Clinton, claiming the comments damaged Gabbard's "political and personal reputation."

In a podcast interview last October, Clinton said Gabbard was a "favorite of the Russians," who were "grooming" her to run as a third-party candidate.

"They're also going to do third-party. I'm not making any predictions, but I think they've got their eye on somebody who's currently in the Democratic primary and are grooming her to be the third-party candidate," Clinton said, according to The Hill. "She's the favorite of the Russians, they have a bunch of sites and bots and other ways of supporting her so far, and that's assuming Jill Stein will give it up, which she might not, because she's also a Russian asset. Yeah, she's a Russian asset, I mean totally. They know they can't win without a third-party candidate."

Gabbard has not yet ended her presidential campaign and currently polls around 1-2%.