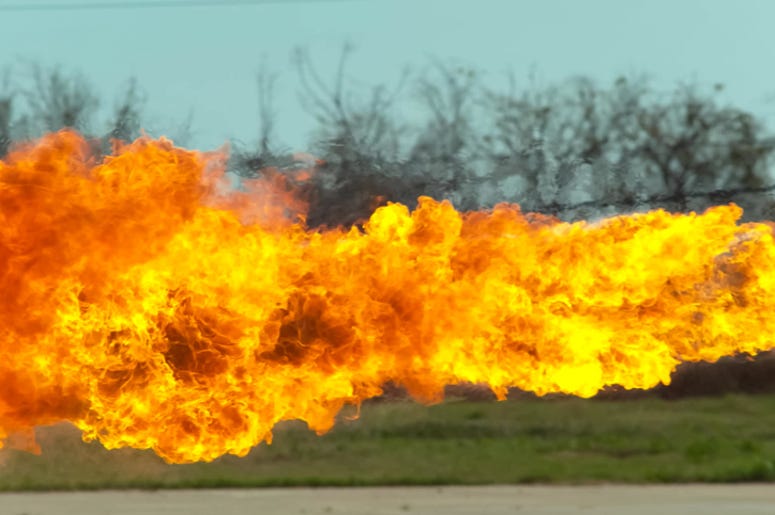 Most people can’t justify owning as flamethrower, as much as they would like to. However, one man may have just given everyone an excuse to add flamethrowers to the list of tools everyone should own, especially for those that live in areas that get a lot of snow. A man went viral recently after using a flamethrower to clear snow from his driveway.

In the now viral video, the man can be seen spraying flames all across his driveway, in order to melt the snow that had built up rapidly. The man in the video, Timothy Browning, can be seen wearing nothing but a white bathrobe, socks, slippers and a hat. Browning’s look was inspired by the character Uncle Eddie, from ‘'National Lampoon's Christmas Vacation.’

“Browning snow services removal now available!" a woman can be heard saying at the start of the video. The now viral video has since been viewed over 120,000 times. While some still think shoveling is safer, many are thinking maybe they should try a flamethrower next time it snows in their area.