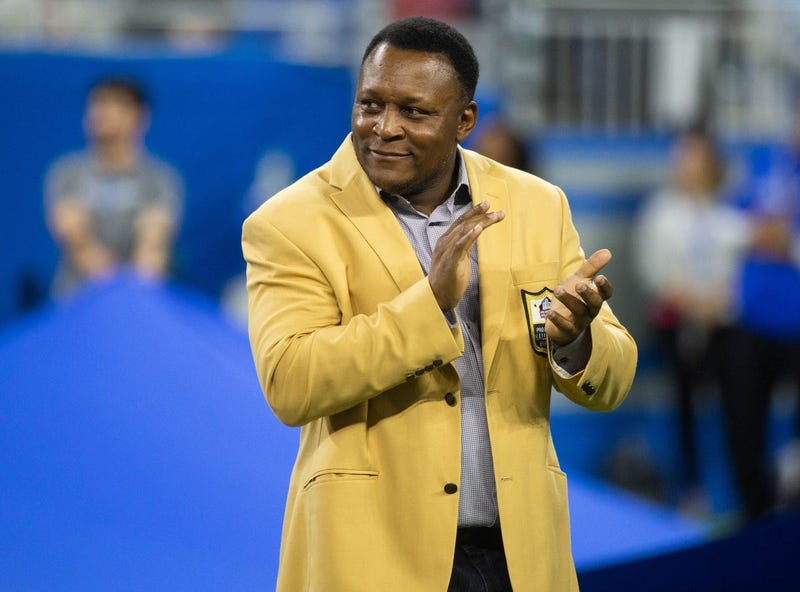 Barry Sanders went from one championship-starved team in college to another in the NFL.

His Oklahoma State Cowboys haven't claimed the national title since 1945, and even that was awarded retroactively. And his Detroit Lions, as you're well aware, haven't been NFL champs since 1957, back when the Super Bowl wasn't a thing. Sanders remains loyal to both teams.

Which begs the question. What would mean more to him: Oklahoma State winning the national title or the Lions winning the Super Bowl?

"C’mon, Lions winning the Super Bowl," Sanders told the Jamie and Stoney Show on 97.1 The Ticket. "C’mon, man. C’mon, that’s an easy question. This is football territory here in Michigan, Detroit. We love our Lions. Oklahoma State, obviously that’d be a close second, but no, I’d love to see these guys be able to do something like that.

"This area would go nuts if that were to happen. There’s such pent-up expectation and hope. And there’s still a few fans that I run into occasionally that remember those glory days of the Lions, not the '90s but the '50s, when we last won our championship. So no, to answer the question, absolutely I would say Lions, for sure."

Sanders has worked as an ambassador for the Lions since 2017. He was at odds with the team for a long before that, stemming from the money the Lions forced him to pay back following his retirement. Fellow franchise great Calvin Johnson finds himself in the same situation now.

Johnson made his position clear last June when he said, "The only way they’re going to get me back is they put that money back in my pocket."

Sanders said he has not spoken to Johnson about coming back in the fold.

"I figure he probably needs his time, just as I did," Sanders said. "But I like where I am with the Lions. I know that we have a long ways to go as far as what we’re going to do on the field and trying to get the team back to the top of the division. Obviously we have our work cut out for us.

Asked about ownership's decision to bring the duo back for another year, Sanders said, "Hey look, whatever Mrs. Ford wants to do. I think she saw probably a couple things that gave her assurance that it’s worth bringing them back. I think the guys are working hard, Coach Patricia specifically is really doing his darnedest to put together a winning team.

"I think if you look at the injuries we had this year, the close games, I think she must have just felt like it’s worth giving these guys another shot. So I think that’s kind of where we are. I’m hopeful."

As they assemble their roster for next season, maybe Quinn and Patricia should give Sanders a call. Asked when he decided he couldn't hack it anymore in the NFL, the 51-year-old Sanders cracked, "I’m not sure if I’ve had that realization just yet. I don’t know if it’s hit me."