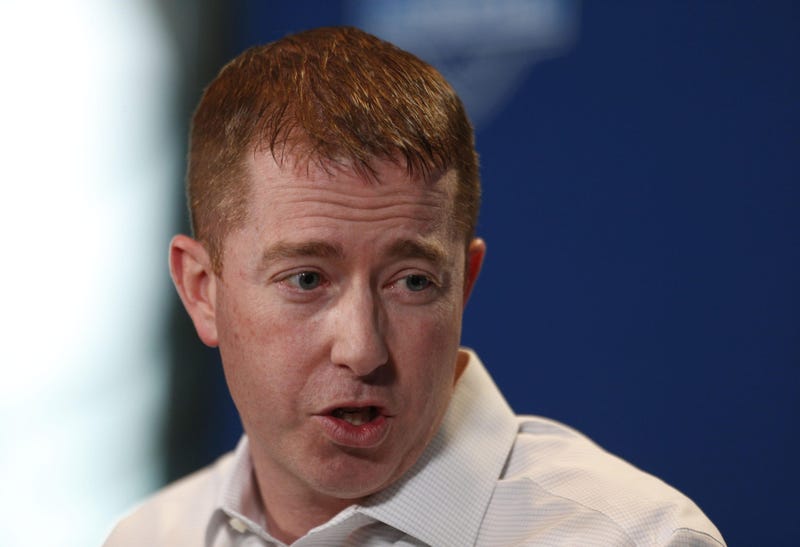 January 22, 2019 01/22/2019 6:07 pm
In his first public comments since the Lions hired offensive coordinator Darrell Bevell last week, general manager Bob Quinn explained what made Bevell stand out. It was the same thing that Quinn emphasized at his season-ending press conference when the search for Jim Bob Cooter's replacement was just beginning  -- the ability to adjust each week based on the players at hand and the strengths of the opponent.

“He came in and had a great interview with our staff, myself and Coach. Really, he’s a guy that brings a lot of different packages," Quinn told SiriusXM on Monday in advance of the Senior Bowl in Mobile, Ala. "He really does a good job of taking the personnel he has, whether it’s that season or that week, and tailoring it to what we’re going to do, taking the vision of the head coach and tailoring the offense to the skill sets of our players. That’s something that really attracted us to him."

Bevell spent the 2018 season out of the NFL, but enjoyed a 12-year run as an offensive coordinator before that -- the first five years with the Vikings, the final seven with the Seahawks. With both teams, he helped build strong rushing attacks. Bevell also had a three-year stint as the quarterbacks coach with the Packers, during which time he showed vision in the passing game.

"He’s been in a couple different offenses," Quinn said. "Really threw the ball around in Green Bay early in his career, kind of had a run-based attack in Minnesota and Seattle, but he can do some west coast stuff, can do a ground-and-pound. It’s going to be a little bit of a mix of everything, and that’s really what led us to Darrell in the end.”

Lions GM Bob Quinn talks about new O.C. Darell Bevell, his plans for improving the team this off-season and QB Matthew Stafford...."he's in tough spot, because he's really talented and we need to do a better job of putting him in a position to succeed"--Audio -- pic.twitter.com/ZKvdtHhP8a

The Lions are coming off a season in which they ranked 24th in total offense and 25th in scoring offense. At his season-ending press conference, Quinn implied the offense became stagnant and predictable under Cooter.

"We need to do a better job of going into each week, looking at the opponent and saying, ‘How are we going to beat this team?'" Quinn said. "If they have a great run defense and a poor pass defense, maybe we throw it 45 times and vice versa. We want someone that thinks that way, that thinks, ‘Hey, I have an offense, but my offense is adaptable. I can change week-to-week, or I can change from this week when I have this set of receivers and two weeks later I don’t.'"

In his interview with SiriusXM, Quinn also echoed his comments from earlier this month about Matthew Stafford. Quinn is standing by Stafford despite the quarterback's down season in 2018 -- and he's putting the onus on himself to put Detroit's highest-paid player in a better environment for success.

“We’re all really excited to have Matthew Stafford back,” Quinn said. “He really goes under the radar. When we’re not winning, he doesn’t get as much credit, but when he does, he doesn’t get enough, either. He’s in a tough spot because he’s really talented. We need to do a better job of putting him in position to succeed.”