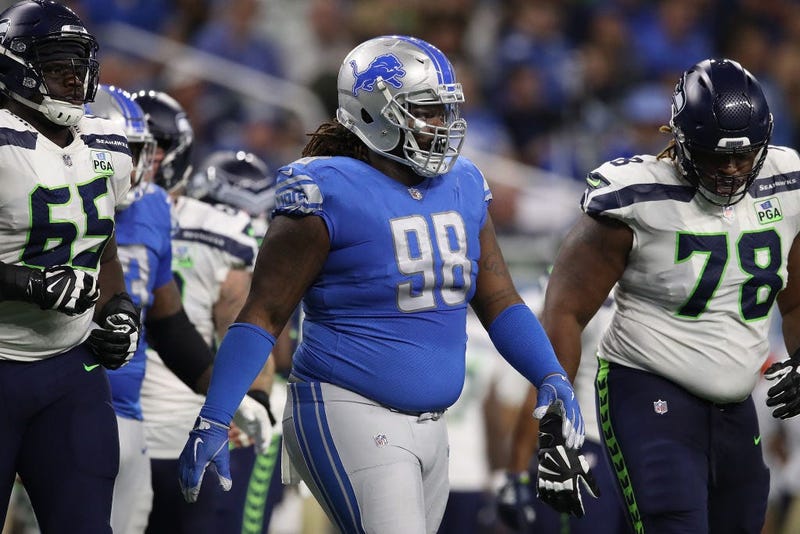 Damon Harrison transformed the Lions defense after the team acquired him from the Giants midway through last season, most notably against the run.

Prior to the trade, the Lions were allowing the third most rushing yards in the NFL. They finished the season allowing the 10th least.

Now Snacks is looking for a payday. The defensive tackle switched agents this offseason and has approached the Lions about a new deal, according to MLive.com.

An extension may well be in the cards for Harrison, but it's not on Lions GM Bob Quinn's agenda at the moment.

“My priority right now is the draft,” Quinn said Monday at the NFL owners meetings, via MLive.com. “We got another month or so before the draft is here, so that (extension) is something that we’ll probably talk about in May or June.”
Harrison, for his part, seems amused by the whole situation. "No news is making news huh," he tweeted Monday afternoon.

The Lions acquired Harrison from the Giants in exchange for a fifth-round draft pick. In 10 games with Detroit, he produced 30 run stops and 3.5 sacks. He finished the year as the third best interior defender in the NFL, according to Pro Football Focus.

It probably behooves the Lions to keep him around beyond 2020, but Quinn has time to make that decision.