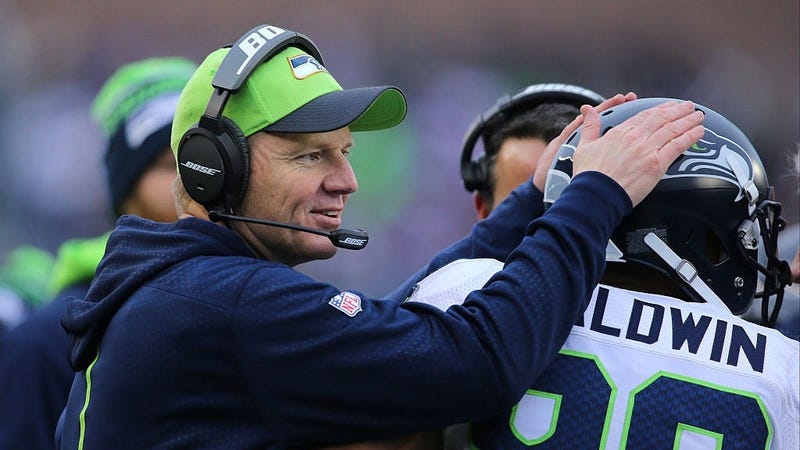 The hiring of new offensive coordinator Darrell Bevell means big changes to the Detroit Lions offense. Bevell, who spent seven seasons with the Seattle Seahawks, was hired by general manager Bob Quinn to balance out Detroit’s playcalling and make the offense relevant again.

Going into 2018, it appeared the Lions were focused on improving their run game and become a run-first team. They drafted a run-blocking center with their first round pick, Frank Ragnow, grabbed a running back on day two, Kerryon Johnson, and brought in free agent tight ends that were mainly run blockers.

Detroit were able to execute that plan well, having 58.7 percent be passing plays.

So, somehow the plans got lost in the shuffle. You could make an argument that it was due to the Lions trailing in nearly every game they played, or maybe it was because Johnson went down with an injury in the tenth game, leaving the team without a viable running back or possibly because Stafford allegedly played with a broken back.

It seemed that general manager Bob Quinn put a majority of the blame on offensive coordinator Jim Bob Cooter, who was sent packing at the end of the season.

Following Cooter getting the boot, Bevell was brought it, which got a mixed bag reaction. Rightfully so, his last two or three seasons with Seattle weren’t great, but he does have a solid excuse.

Prior to Marshawn Lynch’s sports hernia in 2015, the Seahawks offense was nearly unstoppable. They were balanced, Russell Wilson was playing at the top of his game, Lynch’s presence made opposing defenses respect the running attack, it was a perfect storm.

Post injury is a completely different story. Seattle had a revolving door at running back: Thomas Rawls, Christine Michael, Eddie Lacy, Fred Jackson, Chris Carson, just to name a few, and couldn’t provide Russell Wilson with any help. The offensive line faded away into the ether and Wilson and whatever running back was in the backfield were sitting ducks.

While you can blame Bevell for the lack of success, it seems that front office failed to replace lost assets.

Obviously, it’s easy to say that a team was better with Lynch in his prime, but Bevell gave him the opportunity to thrive. From 2011-14, Lynch made up nearly 60 percent of the rushing attack, carrying the ball somewhere between 280 and 315 times a season. Outside of Wilson, who made accounted for 15 percent of the carries in the same span despite being in college in 2011, there was never a true second back.

In seven years with Seattle, the Seahawks had 500+ rushing attempts four times, that a number the Lions haven’t hit since 1983, 36 years ago. In those 36 years, the Lions eclipsed 400-plus attempts 16 times and 450-plus attempts five times.

Bevell’s offense excels with a bellcow and Detroit has one in the making. There is no excuse for the fact that Johnson wasn’t on the field for more snaps in his 10 games. For some inexplicable reason he was splitting snaps with Blount, who boasted am atoundingly terrible 2.7 YPC, and was on the bench for passing situations so Theo Riddick could catch some passes, dance around for ever and gain two yards on third-and-7.

That won’t be the case with Bevell. Expect Johnson to be on the field nearly every snap, regardless of the situation. Detroit drafted Johnson becuase he was a dominant force in college rushing the ball and catching passes, carrying Auburn's team on his back.

In order for the Lions to be successful, this is the route they need to go. With how stout the defense is expected to be, changing the approach to run-first, short yardage, methodical drives will keep the newly improved defense rested and ready.

Bevell ran 6,725 plays in Seattle and was almost perfectly balanced, only throwing the ball 73 more times than rushing it. More importantly, tight ends had a major impact in the passing offense.

For contrast, the Lions tight ends made up 11 percent of the passing offense last season. Luke Willson, Levine Toilolo and Michael Roberts combined for 63 targets, 43 receptions and 450 yards.

Luckily, for all involved, the tight end group got a makeover in the offseason. Jesse James was brought in from Pittsburgh and Detroit made a stir taking T.J. Hockenson with the No. 10 overall pick. That’s the kind of talent you need in Bevell’s offense.

Remember, rookie tight ends rarely have a major impact their rookie seasons, in the past 16 years only two first-year tight ends have eclipsed 600 yards, so be patient. But Bevell is the perfect play caller to give him the chance to make plays.

With Bevell giving the running game a chance and calling plays that will make tight ends relevant in the Lions offense, expect the team to bounce back to form in 2019. They may not make a playoff run, but the games will definitely be more competitive and it will be a building block year for things to come.