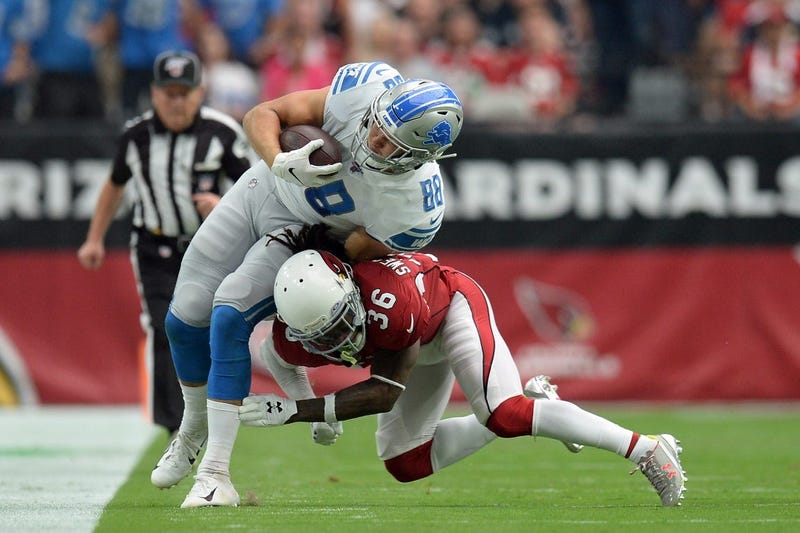 After selecting him with the No. 8 overall pick back in April, the former Iowa Hawkeye had lofty expectations heading into his rookie campaign.

It's fair to say Hockenson lived up to his billing -- as much as one rookie can do in one game, anyway. Hockenson racked up 131 receiving yards in Sunday's 27-27 tie with Arizona -- the most ever by a rookie tight end in his NFL debut.

Hockenson recorded six catches, including a 23-yard touchdown reception in the fourth quarter that helped the Lions seemingly put a stranglehold on the game with a 24-6 lead.

Lions TE T.J. Hockenson has 124 receiving yards, the most by any tight end in his debut game in NFL history. Baller.

Hockenson led the way for Lions pass-catchers as fellow newcomer Danny Amendola also had an impressive Detroit debut with seven catches for 104 yards and a touchdown, despite a clock management error on the final drive of overtime.

The Cardinals scratched their way back into the game late in the fourth quarter, as rookie Kyler Murray -- the top pick in the 2019 NFL Draft -- threw a pair of touchdowns and led Arizona all the way back to tie the game at 24 with less than a minute to play, forcing overtime.

Zane Gonzalez kicked a field goal on the Cardinals' first possession of overtime, before Matt Prater answered with his own for Detroit, ultimately concluding in a tie.