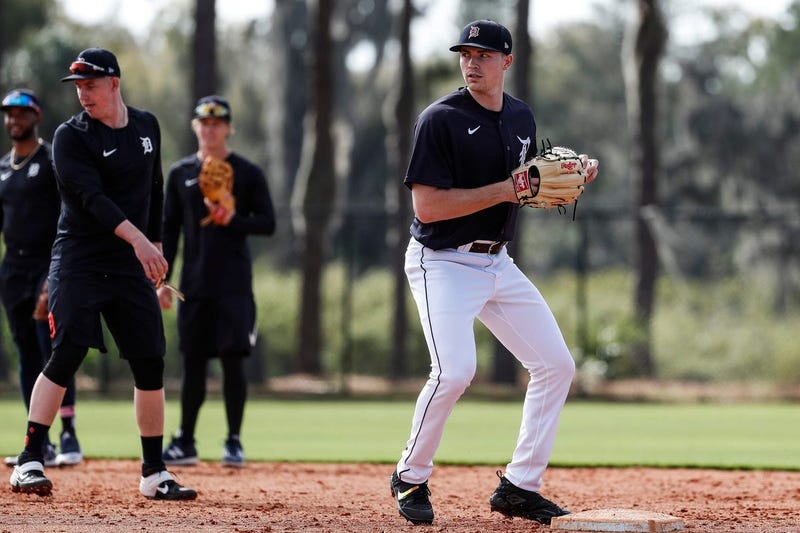 If Tarik Skubal put his name on the map last season, he began to put baseball on notice this spring.

Take it from Jim Leyland, who was with the Tigers in spring training in his role as a special assistant. Asked about the trio of Skubal, Casey Mize and Matt Manning, Leyland tried his best to temper the excitement. Hype begets pressure.

Then he acknowledged, "The talk of the baseball spring training world was Skubal, in all camps. In Arizona and Florida as well. I talked to (former Tigers coach) Gene Lamont who works for Kansas City, and he said everybody was talking about Skubal out there."

With his breakout season in Double-A Erie last year, Skubal went from a relative unknown to one of the top left-handed prospects in the game. He followed that up with a couple sizzling outings this spring. He allowed one run and struck out six batters over 4 2/3 innings, blowing hitters away with a big-league fastball. Or as Leyland calls it, "a swing-and-miss fastball."

"There’s not too many of those around," he said.

Skubal, 23, is slated to start the season in Triple-A Toledo. Right now, he might be the best bet of the Big Three to make it to Detroit this season. And he might have the highest ceiling moving forward.

"And not to slight Manning and Mize and (Alex) Faedo, all those guys," said Leyland. "(Franklin) Perez was back throwing. I think they’re as advertised, yes. But you don’t want to make it sound like they’re so good that they’ve never going to lose a game when they get there and we’re going to walk to the World Series.

"He is in great shape, maybe the best I’ve ever seen him. When we saw him he was actually in perfect shape. I haven’t experienced that with him because, yeah, there were times when he might have been a little heavy obviously, but there was a time when he got too thin when he was playing for me. Where he was in spring training was probably just right, and that was the best I’d seen him."