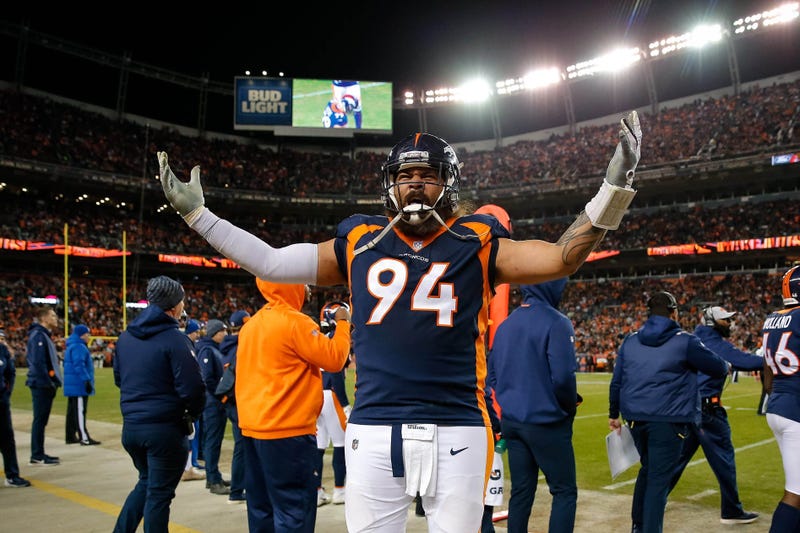 June 20, 2019 06/20/2019 7:08 pm
The Lions have an open roster spot since waiving tight end Michael Roberts -- after his trade to the Patriots fell through -- and they're apparently eyeing longtime defensive tackle and former Michigan State star Domata Peko to fill it.
"Had a nice visit last week the Lions," the 13-year NFL vet told TMZ Sports on Tuesday. "My agent's trying to work some stuff out. But we’re going to see, man. Just being patient with it."

Peko started 16 games for the Broncos last and finished with 31 tackles. He'd be a rotational player on the interior of Detroit's defensive line behind the likes of Damon Harrison, A'Shawn Robinson and Da'Shawn Hand.

That's assuming Harrison decides to play, of course. If his holdout drags into the season, Peko would be candidate to fill Harrison's spot at nose tackle.

"I think I have couple more years in the tank here," he said.

Around here, he's remembered for returning a fumble for a touchdown in Michigan State's overtime loss to Michigan in 2005. He played two seasons for the Spartans before being selected by the Bengals in the fourth round of the 2006 draft.

Having wrapped up OTAs last week, the Lions are off until training camp begins in late July. Perhaps Peko will be with them.