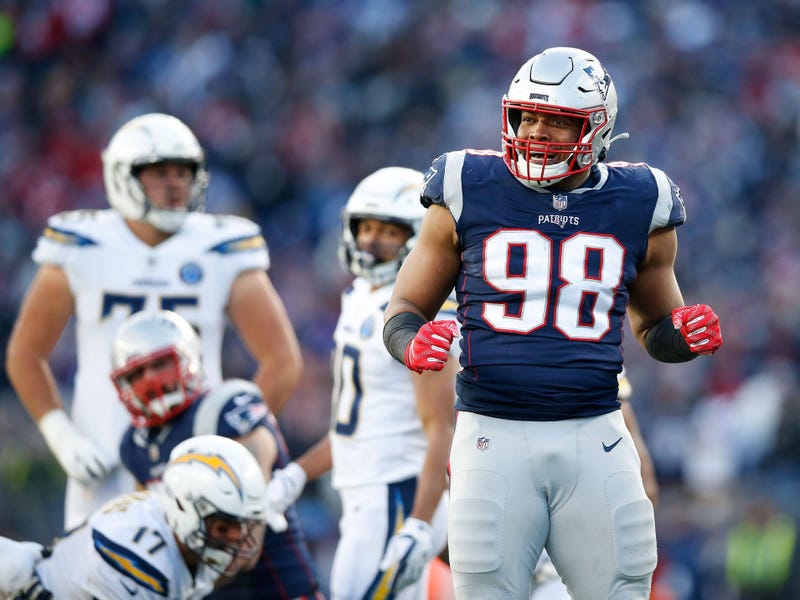 Bob Quinn and the Lions got their guy.

Defensive end Trey Flowers is signing with Detroit, per Adam Schefter. The deal is for five years, according to Ian Rapoport, and in the neighborhood of $16-$18 million per year.

The #Lions are expected to sign another former #Patriot, this time pass-rusher Trey Flowers, source confirms (as @AdamSchefter reported). It’s a 5-year deal. Should be more than $16M or $17M.

The Lions were desperate for a pass-rusher, and Flowers was arguably the best one available in free agency. The Patriots product has 21 sacks over the last three seasons.

Flowers, 25, was a fourth-round pick of New England in 2015 and blossomed under under Matt Patricia in 2016.

Last year he recorded 7.5 sacks, plus three forced fumbles, both career highs. He was the sixth-best edge defender in the NFL, per Pro Football Focus.

Quinn made it clear heading into the offseason that Detroit needed more playmakers on defense. He reeled in a big one Monday.

The Lions can officially sign Flowers when the new league year opens on Wednesday.

It's been a busy Monday for the Lions. They also signed wide receiver Danny Amendola (who was released by the Dolphins over the weekend) and reportedly agreed to another expensive deal with cornerback Justin Thomas.