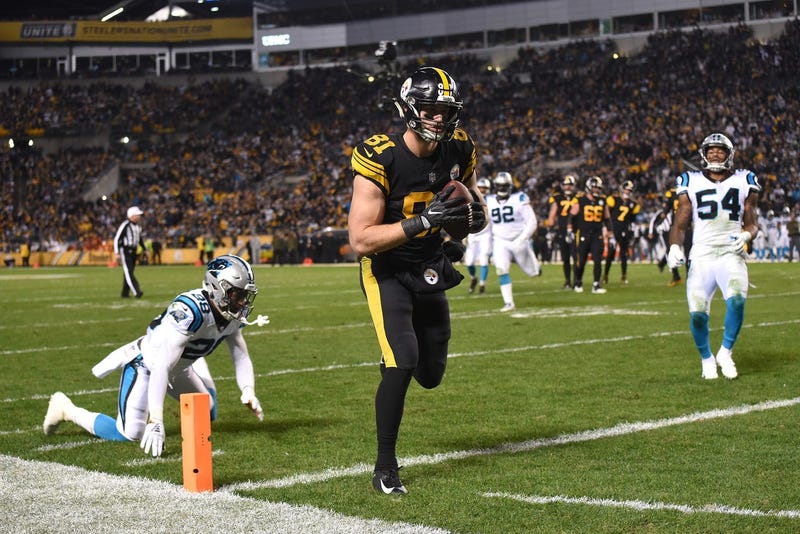 The Lions aren't messing around in free agency.

Add tight end Jesse James to the list of players with whom they've agreed to deals, according to Mike Garafolo.

That makes it four free agents to Detroit in the span of a few hours on Monday, with James joining wide receiver Danny Amendola, cornerback Justin Coleman and defensive end Trey Flowers.

James, along with Coleman and Flowers, can't officially sign with the team until free agency begins on Wednesday.

Tight end was an obvious position of need this offseason for the Lions. GM Bob Quinn said as much more than once.

The trio of Levine Toilolo, Luke Willson and Michael Roberts combined for just 43 catches for 450 yards and four touchdowns in 38 games last season.

In 16 games with the Steelers, James caught 30 passes on 39 targets for 423 yards and two touchdowns. He also averaged 14.1 yards per reception, fifth best among tight ends, and had the seventh best catch rate among all NFL receivers.

The terms of James' deal with the Lions aren't yet known. The 24-year-old is entering his fifth career season.