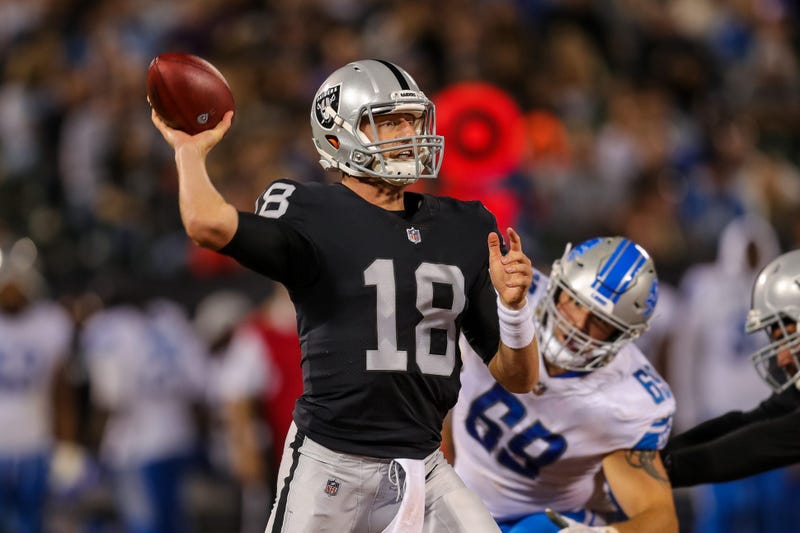 Cook -- who led the Spartans to a Big Ten title and the 2015 College Football Playoff -- played in one regular season game in 2016 for the Oakland Raiders, who drafted him in the 4th round of the 2016 NFL Draft. He was thrust into a starting role as a rookie for the team's Wild Card playoff game at Houston that season, completing just 18 of 45 passes for one touchdown and three interceptions.

Lions signed Connor Cook to a futures deal. Got a long look at him during joint practices this offseason.

With reserve-future contracts, players typically receive the league-minimum salary with no guarantees and it does not count against a team's salary cap until the start of the new league year in March.

The Lions could also explore the possibility of drafting a quarterback in April's draft, in which they hold the No. 8 pick in the first round.

Detroit got a good look at Cook over the summer during a preseason game with the Raiders, as well as a couple of joint practices. Cook was 11-for-19 passing with a touchdown and no interceptions in the preseason game at Oakland.