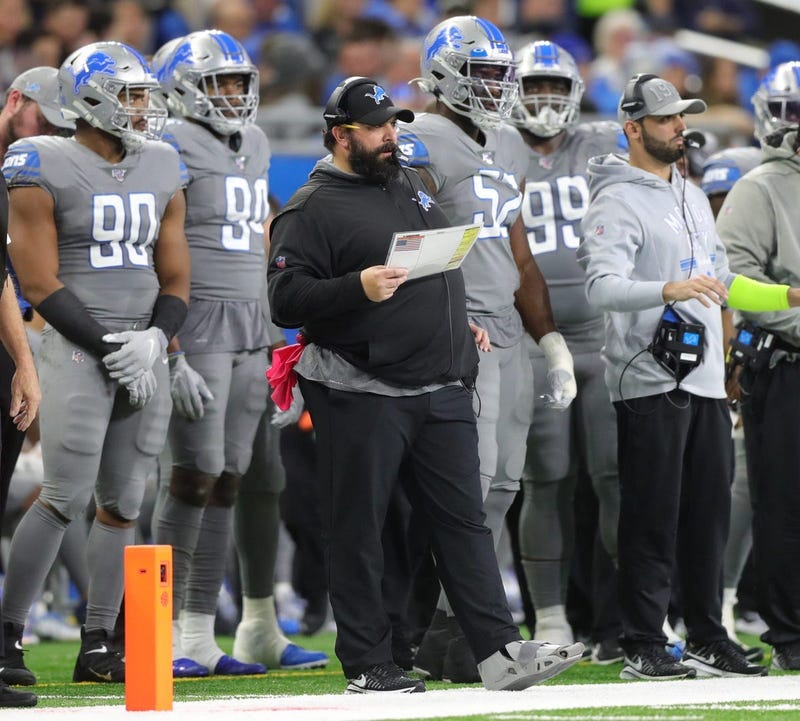 Vegas isn't buying the idea that Matt Patricia and the Lions will improve in 2020. Not one bit.

If you are, get your bet in now.

Detroit has the worst odds to win the Super Bowl next season, per BetOnline. The Lions are listed at 100/1, along with the Dolphins, Redskins and Bengals.

Not really a surprise, of course. The Lions are coming off a 3-12-1 season and have numerous holes to plug this offseason. They have the cap space and the draft picks to do so, but it will take a slew of good moves to push this team into contention in 2020.

Quinn and Matt Patricia are under pressure to win next season, so maybe an increased sense of urgency will lead to better results. Whether it's enough to keep them around, we'll see.

Any sense of optimism for the Lions centers around a healthier roster. They sent 16 players to injured reserve this season, including Matthew Stafford and a host of other starters. With better health in 2020, Detroit should be more competitive.

But this remains the least talented team in arguably the toughest division in the NFL. The Lions have had zero AP All-Pros over the last two seasons, while Green Bay, Minnesota and Chicago have combined for 10.