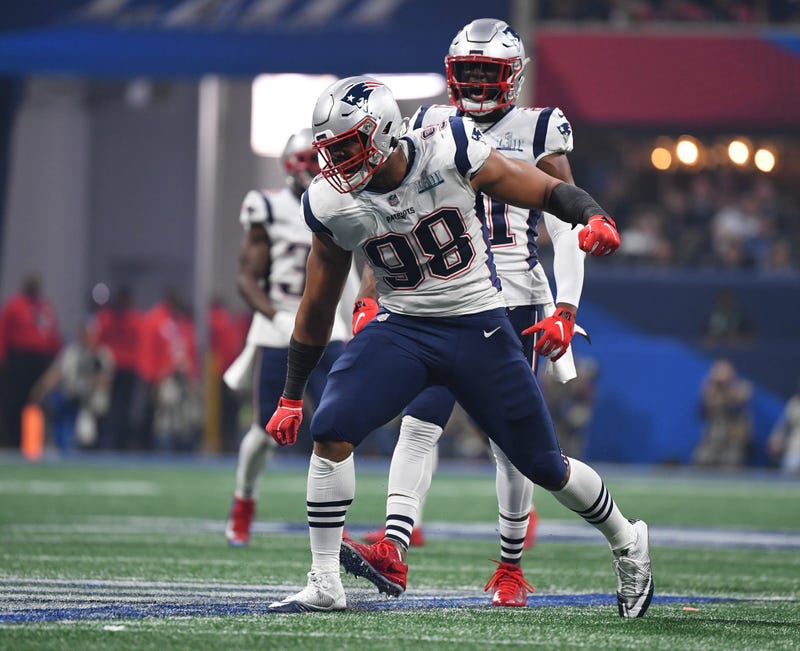 If there’s one thing the Lions have looked for in players since the arrival of Matt Patricia, it's familiarity with the Patriot Way. Call it the Patricia Way. The organization wants guys who will buy into the strict, all-business culture their coach is trying to instill in Allen Park.

There weren’t enough of them on board in Patricia’s first season, and the team took on water from the start. It never recovered.

So the Lions got free agency rolling this year by signing Danny Amendola and Justin Coleman, a pair of former Patriots. And they topped things off by signing the most coveted Patriots product on the market, defensive end Trey Flowers.

Flowers made his name in New England in Patricia’s defense. He was a fourth-round pick who has since blossomed into one of the most dominant edge rushers in the NFL. He helped the Patriots win two Super Bowls.

For players skeptical of Patricia’s methods – if any even remain – Flowers is evidence the coach knows what he’s doing. He was asked at his introductory press conference on Thursday about the reports last season that Patricia didn’t have the full support of his locker room.

“Obviously it's a tough league, and in order to be successful you have to be tough. It can't be comfortable,” Flowers said. “Coming in, the organization that I came from -- the Patriots organization -- just seeing that atmosphere and understanding where Coach Patricia came from, obviously I got an understanding of what it takes and how it's done.”

Trey Flowers on knowing what it takes coming from NE: “In order to be successful in this league...it can’t be comfortable.” pic.twitter.com/02XdUA2AuM

Of course, the Lions didn’t hand Flowers a five-year, $90 million contract simply to help hammer home Patricia’s message. They paid him that money because he can get to the quarterback. Detroit’s defense has craved a pass-rusher since Ziggy Ansah began breaking down in 2016, and Flowers looks to be the answer.

The sack numbers don’t jump off the page. He had 7.5 last season (a career high) and 21 over the past three seasons. But there’s so much more to playing his position, a fact Flowers seems to appreciate: “I’m not a big sack guy,” he said. His concern is being as thorough a defensive end as he can be, whether that means disrupting the pass or stopping the run.

Last year Flowers was close to being the best in the league -- Pro Football Focus ranked him sixth overall among edge defenders. And the 25-year-old believes he has more to show.

“Definitely not a finished product that you see up here,” he said. “Got a lot of work to do, and I'm ready to get to it.”

There may not be a coach he’d rather do it with than Patricia. Because without Patricia, Flowers wouldn’t have found himself in Allen Park on Thursday, standing at a podium in a room full of reporters, occasionally glancing toward his parents who were on hand for the occasion.

It comes back to striving for excellence, he explained. It centers on accepting nothing less. That’s what pushed Flowers from anonymity to stardom in New England. He intends for that ascent to continue in Detroit, reunited with the coach who helped set it into motion.

“When you get someone who can challenge you like that, day in and day out you're going to just continue to get better,” Flowers said. “Those are the types of guys you want to play for, because you know they're expecting high (things) of you.”