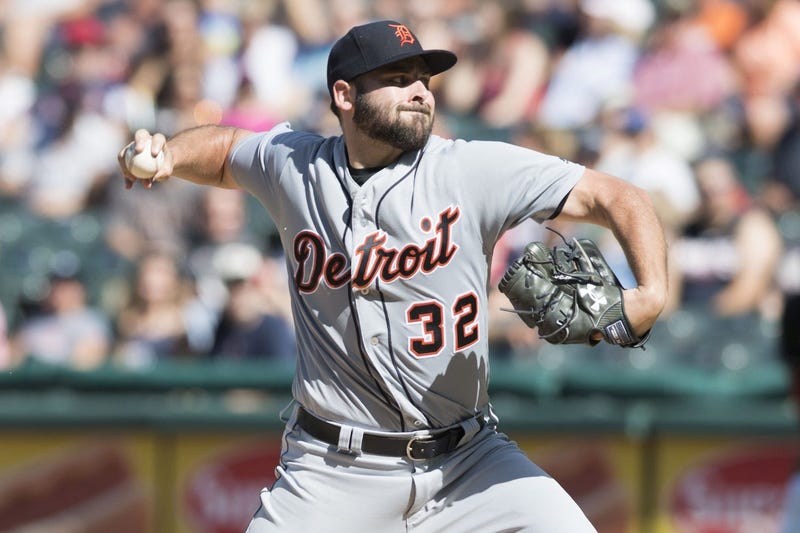 There are do's and don'ts in the game of baseball. And then there's flat-out rule-beaking, which is where the Astros strayed in a sign-stealing scandal that has the baseball world up in arms.

Everyone has an opinion. The masses seem to agree the Astros tainted the sport. On Thursday the Tigers weighed in as they kicked off their winter caravan.

Al Avila and Ron Gardenhire supported the penalties enforced by MLB, as expected. And while the players chose their words carefully, hints of frustration seemed to boil beneath the surface.

"I’ve got nothing against those guys, they’re trying to win and I get that. Just from a personal standpoint, I couldn’t live with myself knowing that I cheated the game of baseball."

Unsurprisingly, it was the pitchers who expressed the most dismay in Detroit's clubhouse. (Asked how much easier the game would be if he knew what pitch was coming, second baseman Niko Goodrum could only smile.) Houston's hitters are talented as it is. They hardly need the help of a camera in center field and their teammates banging on a trash can to score runs and win games.

Had they played it cleanly, the Astros may have won the World Series in 2017 just the same. Instead they own a trophy that's forever tarnished.

"It’s sad," said Daniel Norris. "It’s sad just for baseball. I like old-school baseball, so with all the technology, it’s just tough to root for. We’re all just playing a kid’s game that we love, that we grew up dreaming of, and I think that it should just stick that way. Hopefully it all smoothes over and we can all forgive and try and forget and just kind of move on and play the game."

It was former Tigers pitcher Mike Fiers who went on the record to expose the Astros earlier this offseason. (Fiers pitched for Houston in 2017.) But there were suspicions within baseball about the Astros well before that. Fiers actually alerted the Tigers to Houston's sign-stealing tactics when they played there in 2018.

"Mike is one of those animated guys," said Gardenhire. "When we had him here he was loud and vocal, very good teammate, all those things. It is what it is. He went out and spoke his mind and MLB has done some things, and hopefully we’ll be better for it."

In the wake of MLB's official investigation earlier this month, the Astros fired manager A.J. Hinch and general manager Jeff Luhnhow, who had both already been suspended for a year by the league. Further allegations arose online shortly therefter that Houston's hitters, including 2019 ALCS MVP Jose Altuve, were wearing buzzers beneath their jerseys to be alerted of each upcoming pitch.

"I can’t imagine someone going that far," said Fulmer. "Using a video camera in center field to get catchers’ signs is one thing, but having a buzzer, I just don’t see it. Maybe that’s just me, the integrity of the game thing, but I don’t see people going that far to gain an advantage. I’m not going to say he did or didn’t do it, but I just find it hard to believe that someone is willing and able to go that far."

But Fulmer was clear about this: "Guys that decide to try and get an unfair advantage on people, you should work to try to gain that advantage, not use technology."

When asked, Avila said the Tigers have never engaged in illegal sign stealing under his watch. And he said the organization supports the discipline enforced by commissioner Rob Manfred.

"The commissioner had expressed a while back ago that he was going to come down hard on anybody that was caught cheating, as far as technology used in-game. He came down with the suspensions and did exactly what he said, so we’re in support of it," Avila said.

All that's left to do now is move forward.

"Baseball’s gone through a lot of adversity, as long as I’ve been in the game," said Gardenhire. "You just take a step back, let baseball clean itself up, live with it and move on. We’re going to go about our business and try to do it the right away, and hopefully everyone else does the same thing."