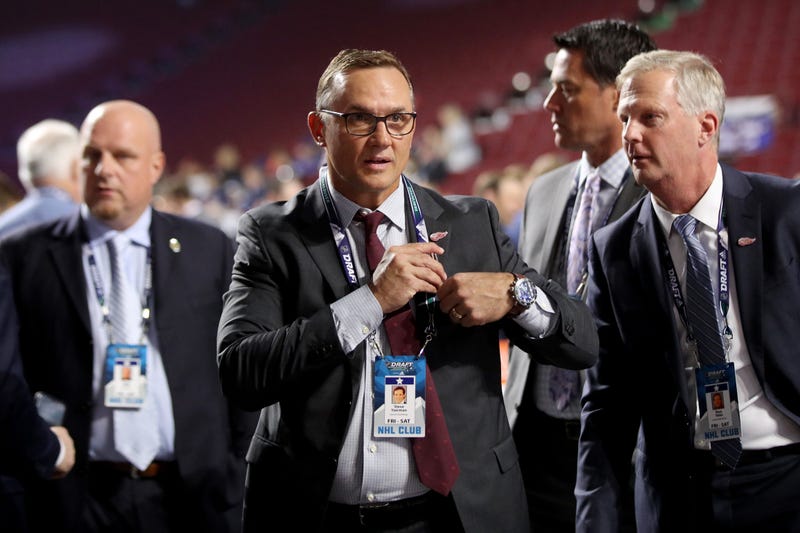 Photo credit Bruce Bennett / Staff
By Will Burchfield 97.1 The Ticket

The Red Wings are in danger of finishing with the worst record in the NHL's salary-cap era, but owner Chris Ilitch is optimistic about the future.

Speaking to the media Tuesday as the Red Wings introduced a community outreach program called Learn, Play, Score, Ilitch said better times are ahead for the organization under the guidance of first-year general manager Steve Yzerman.

"Rebuilds are tough. Nobody likes to lose. I don’t like to lose, our fans don’t like us to lose, our players don’t want to lose. But I think that what we’re looking at and measuring is progress, and I think Steve has settled in incredibly well," Ilitch said. "I think a big part of it was his passion and love for the Detroit Red Wings. He’s one of us."

The Red Wings' rebuild, which was set into motion by former GM Ken Holland, seems to have reached ground zero. Detroit is last in the NHL and on pace for 43 points, which would outdo the 2016-17 Avalanche (48 points) for the least in the salary cap era. The only way to go is up.

Yzerman added some potential building blocks in last year's draft, including defenseman Moritz Seider who's thrived this season in Grand Rapids. He'll have the chance to do the same this year, starting with possibly the No. 1 overall pick. The Red Wings are almost certain to pick in the top four.

It's a slow process, but Ilitch approves of Yzerman's work thus far.

"He hasn’t had an opportunity to make an incredible impact because it’s only been months, but I think his first draft was successful, he’s trying to make moves to make our team better and to really create an environment where our young players can continue to develop," Ilitch said. "His strategy is to continue to acquire NHL-caliber talent. We've built championship teams here in Detroit by focusing on drafting wisely and young talent, and that’s what Steve’s focused on. So from my viewpoint he’s doing an excellent job.

"He’s very early in his role, but Steve is a professional. He’s proven he knows what to do in his role. He’s executing that plan, I think now it’s on all of us to exhibit patience because these things take time. My feeling is Detroiters want a winner. We all want to build a winner. I can tell you our entire organization, from Steve all the way down, are working exceptionally hard to deliver that, and I believe we’ll get there. It’s just going to take time."

Ilitch also spoke with excitement about the Learn, Play, Score program, which aims to support Detroit's youth through access to the sport of hockey. The Red Wings and their sponsors have committed $1 million to the program over its two-year pilot phase.

"This is very, very special," said Ilitch. "We love our city. This is Hockey Town, this is our hometown, so for us to be able to roll out this type of initiative is very exciting. Our fans, our city have been so supportive of our team. They’re some of the most loyal fans not only in hockey, but in all of sports. There’s been a love affair between the Red Wings and the city of Detroit, and I think it’s important for us to continue the long tradition of giving back to our community and doing what we can to continue to make this a better place for everybody.

"That’s why I’m so excited about this program, because it’s so comprehensive. It’s going to touch and impact so many people, and in particular this very important next generation of children in the city of Detroit."