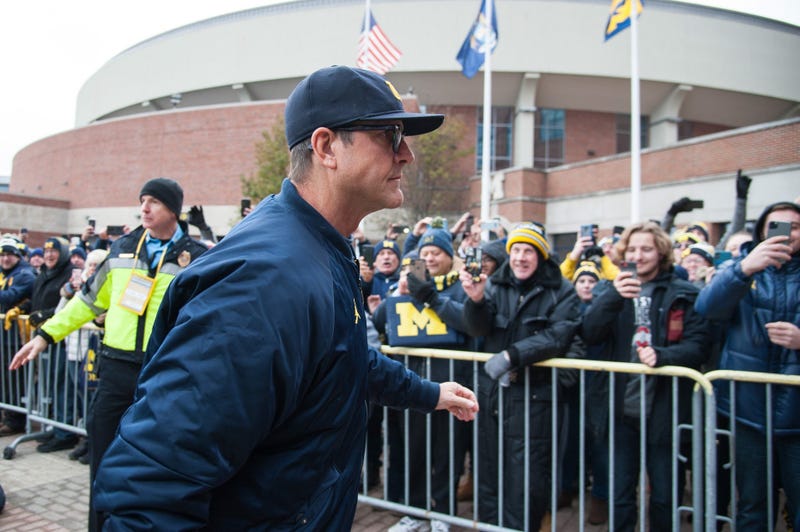 The 2019 college football season came to an end Monday might, which means it's time to talk about 2020.

At Michigan, that means it's time to talk about year six of the Jim Harbaugh era. Harbaugh, as you might know, is still looking for his first win over Ohio State, his first appearance in the Big Ten championship game and his first trip to the College Football Playoff.

The big question for the Wolverines: who will start at quarterback? It looks like a two-horse race between senior Dylan McCaffrey and junior Joe Milton, with sophomore Cade McNamara possibly having a say as well.

Michigan returns five starters on offense and six on defense, and brings in a recruiting class that ranks No. 11 in the country and No. 2 in the Big Ten, according to 247 Sports. The early outlook suggests another eight- to 10-win season.

The national experts seem to agree: the Wolverines will once again be strong in 2020. And they'll once again struggle to enter college football's elite. In three editions of the Way-Too-Early Top 25 released Tuesday, Michigan ranked between No. 12 and No. 15.

"The now-or-never narrative surrounding the Michigan program almost seems inconsequential going into Jim Harbaugh's sixth season coaching his alma mater. The Wolverines are 48-17 under Harbaugh, but they still haven't beaten Ohio State and are coming off a fourth straight bowl loss. Despite Michigan's problems in big games, the Wolverines don't seem ready to part ways with Harbaugh unless he reaches a point where he feels like it's not working."

"Michigan has entered a sort of football purgatory. Jim Harbaugh has a ceiling, but it's a high ceiling. He's averaging 9.4 wins per year. However, the Wolverines are 9-6 in their last 15 games. Which way, Jimmy? Another blowout loss to Ohio State. Another bowl loss. Michigan lacks elite playmakers against elite competition. Watch the quarterback battle. Little experience now that Shea Patterson is gone."

"It's not quite make-or-break time for Jim Harbaugh, but we're getting close. Let's ignore the matchup against Ohio State, which again seems destined to go in the Buckeyes' favor. Overall, Michigan matches up well with the second tier of elite teams in the FBS and should be considered a strong contender for the Rose Bowl. Here's the question: When, if ever, will the offense find the balance it needs to take the next step?"

All three polls have Clemson ranked No. 1, with Ohio State and Alabama sharing Nos. 2 and 3.