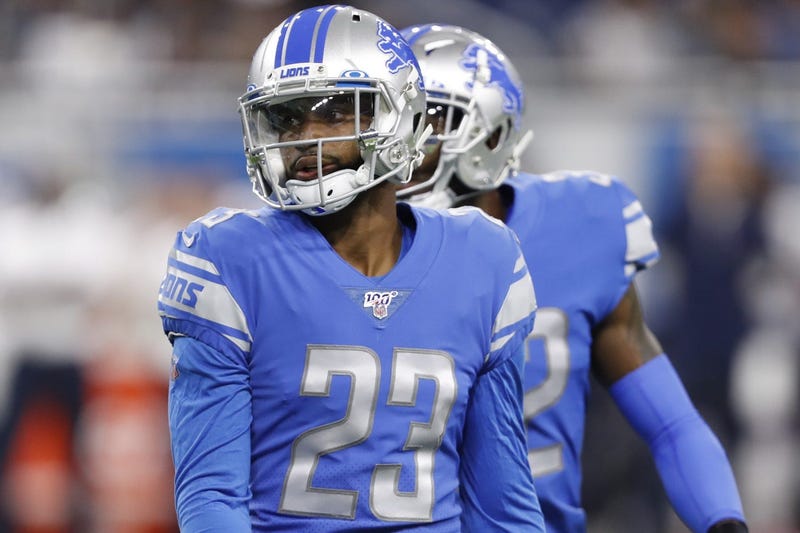 The Lions announced that all-pro cornerback Darius Slay and wide receiver Danny Amendola will both be active Monday night. Slay (hamstring) and Amendola (chest) both missed the Lions' last game, a 34-30 home loss to the Chiefs in Week 4, and will return to the field following the bye week.

On the defensive side of the ball, though, Detroit will be without safety Quandre Diggs, who suffered a hamstring injury during the Kansas City game. Former Packers defensive lineman Mike Daniels (foot) had already been ruled out, along with defensive lineman Da'Shawn Hand (elbow).

The Packers will be without top wide receiver Davante Adams Monday night.

The Lions announced Sunday that rookie tight end TJ Hockenson cleared the league's concussion protocol and will be active for Monday's game.

With a win over rival Green Bay (4-1), the Lions (2-1-1) would find themselves in first place in the NFC North. A loss, however, would land them in last place for the time being.

The Lions are 3-3 in their last six appearances on Monday Night Football and 4-4 in total primetime games over the last three seasons.

Green Bay will take the field at Lambeau sporting all white uniforms, while the Lions will be wearing their traditional home blue jerseys and silver pants.