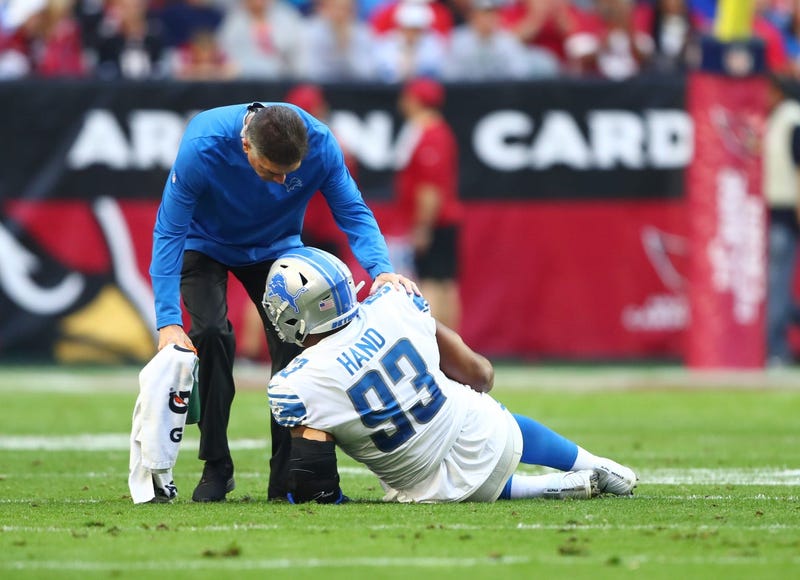 Da'Shawn Hand got hurt in training camp, and never really got healthy.

Hindered by injuries for much of the season, he appeared in just three games. And now his season is over, as the Lions placed him on injured reserve Thursday due to a sprained ankle.

It's a fitting end to a disappointing year for Hand, who was poised to take another step forward after his strong rookie season.

He hasn't played since.

Hand, a fourth-round pick in 2018, was one of Detroit's best defensive lineman last season. He delivered 27 tackles, three sacks and two forced fumbles. He'll have to wait until 2020 to build on that.

To take Hand's place on the roster, the Lions signed rookie wide receiver Travis Fulgham off the practice squad. Fulgham, a sixth-round pick this year, could see some action in the absence of Marvin Jones, who was placed on injured reserve Wednesday with an ankle injury of his own.

The Lions finish out the season with a pair of home games against the Buccaneers and the Packers sandwiched around a road date with the Vikings.