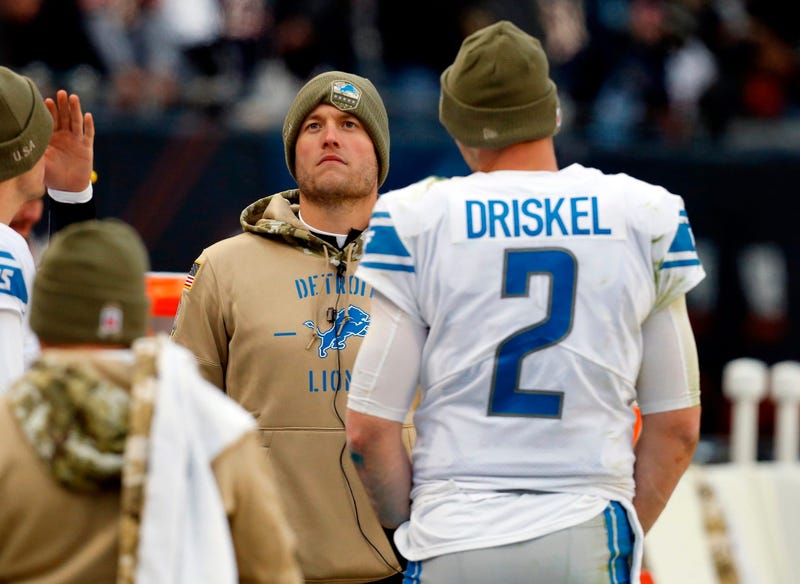 Prior to last week, Matthew Stafford hadn't missed a game since 2010. On Sunday versus the Cowboys he'll miss his second game in a row.

The Lions ruled Stafford out on Friday due to the back injury he suffered in Week 9 versus the Raiders.

Matt Patricia, asked if there's any scenario where he could see Stafford taking the field, said, "Not this Sunday."

Stafford did not practice this week, and his status moving forward remains week to week. He reportedly has fractured bones in his back.

“There is definitely a medical plan in place, as far as all that is concerned,” Patricia said. “Not going to go into the details of that, but there are different things our doctors are doing, everyone is doing, to hit those markers when we get to them.

Stafford's start streak ended last week against the Bears at 136 games. Jeff Driskel started in his place in Detroit's 20-13 loss; he'll be back under center against the Cowboys.

As for when Stafford will return, it's hard to say. But he said Monday he has no plans to shut it down for the rest of the season.

"That’s not my thinking at the moment," he said. "My thinking is to try and be out there as soon as I possibly can to help us win."