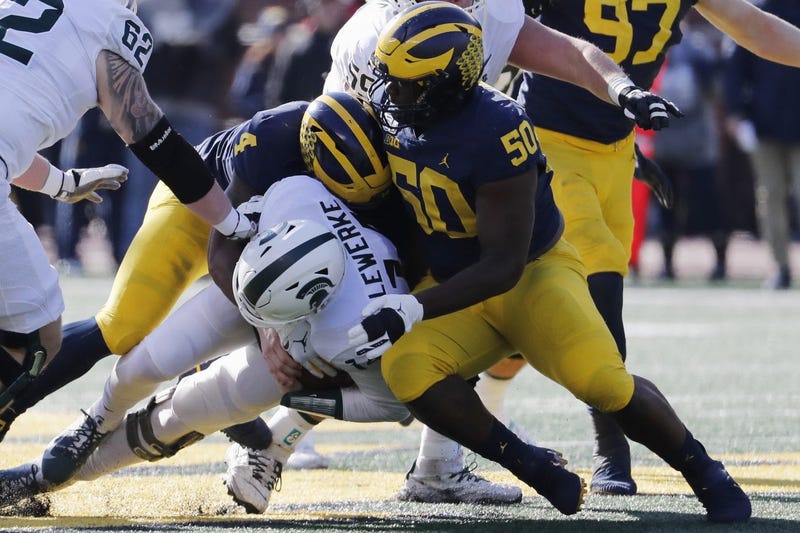 Michael Dwumfour had one season of eligibility remaining at Michigan, but he won't be using it.

The senior defensive lineman announced Tuesday that he'll be a graduate transfer in 2020.

"I’ve learned and matured so much here, I've built relationships with people that will last a lifetime. I would like to thank Coach Harbuagh (sic), Coach Brown, Coach Nua, Coach Herb and staff and the athletic training staff for all they’ve done for me. With that being said I have entered the portal and will be a grad transfer," Dwumfour wrote on Twitter.

Dwumfour appeared in 33 games over the last three seasons, totaling 34 tackles and four sacks. He was hindered by a shoulder injury for most of his senior season, finishing with just nine tackles in 10 games. His best performance came in Michigan's loss to Ohio State.

Dwumfour, who will be immediately eligible next season, also thanked Michigan fans for their support.

Thank you Michigan fans for welcoming me with open arms playing in the Big House in front of 110k is a great blessing and I’m glad I was giving the opportunity to do so.

The Wolverines return the likes of Carlo Kemp, Chris Hinton and Mazi Smith on the interior of the defensive line in 2020.