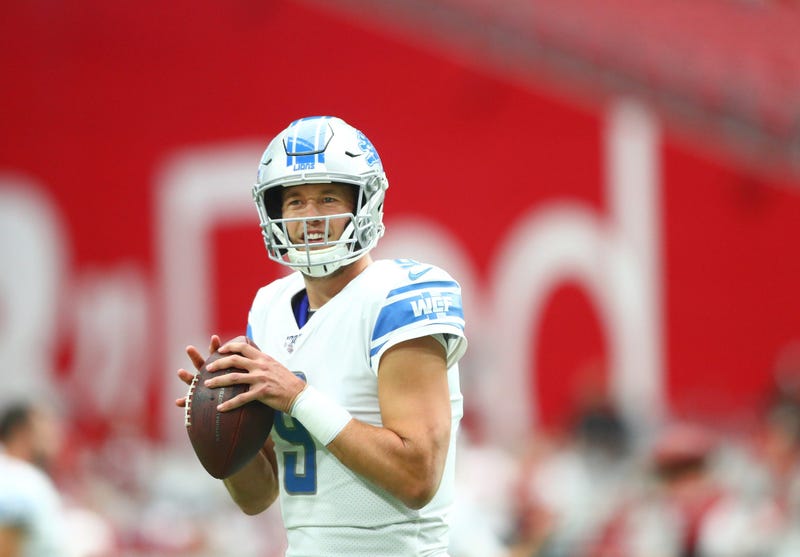 But that's exactly what happened, after it was reported by WDIV that the Lions have been shopping their franchise quarterback.

“When the story came out, I called Matthew and I said, ‘Listen, I haven’t had one conversation. I’m not trying -- we’re not trading you, period,’” Quinn told reporters Tuesday at the NFL combine, via MLive. “And he was great. He was, ‘I don’t want to go anywhere.’”
Rumors about the Lions moving on from Stafford have popped up this offseason with the team picking third overall in the draft -- prime position to take Tua Tagovailoa. Reports first began trickling out the week of the Super Bowl.

But a trade would saddle Detroit with a dead cap hit of $24.8 million next season -- a few million more than it would cost to keep Stafford on the roster -- and undermine the team's chances of winning in a make-or-break season for Quinn and Matt Patricia.

Asked Tuesday if Stafford has asked for a trade, Quinn said, “Has not. Nope.”

Stafford, 32, played the best football of his career last season before missing the final eight games with fractures in his back. It was the second straight year he dealt with a serious back injury, but Quinn reiterated Tuesday he has no concerns about Stafford's long-term health.

Stafford Says He'll Be 'Good To Go' For Offseason Program

"The one thing about Matthew is his No. 1 trait is the same as when I came here four years ago," said Quinn. "He still has that great arm strength. He’s a competitor, he’s tough, he’s sneaky athletic. I think he’s improved his athleticism a little bit over his career. He does a great job of taking care of his body. You take all those things into consideration.

"Just like any other player, you have to see, are they ascending or declining? And I think it’s different for every position in terms of how old they are. In my opinion when you’re a quarterback, your prime is your late 20's into your early 30’s. And as we saw, how did Matthew play last year when he was out there? I think everyone would agree he played really good. That’s what we’re expecting when he comes back."

music
Bruce Springsteen is one of the 'Miserable Men' on new viral Instagram account
sports
JR Smith reveals only teammate he didn't like: 'Talking some Trump sh–'
music
Cardi B felt threatened by Trump supporters holding flags and 'fake guns' over the weekend
music
WATCH: Detroit auto worker brings down the house on 'The Voice,' gets John Legend out of his seat
music
Adam Sandler to star in outer space drama movie from ‘Chernobyl’ director Johan Renck
sports
Jets-Chiefs Week 8 matchup opens with one of largest spreads in modern NFL history