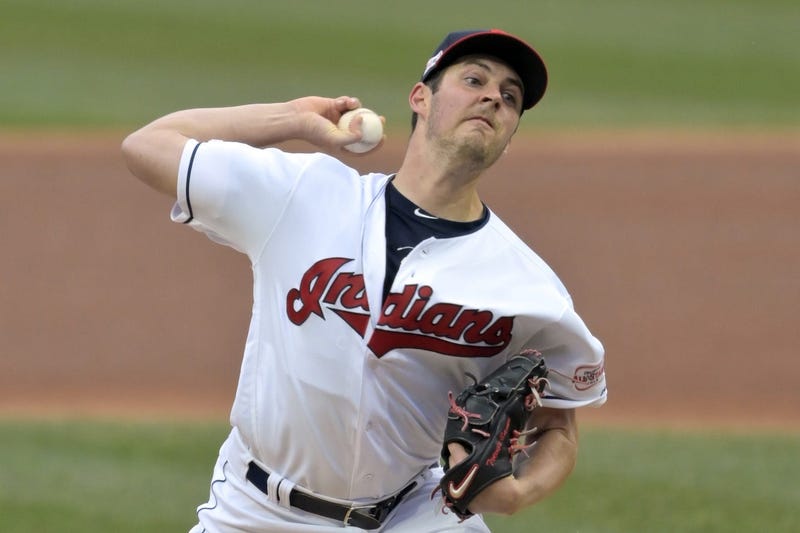 January 14, 2020 01/14/2020 5:06 am
97.1 The Ticket -- When news broke Monday that Major League Baseball had suspended Astros manager AJ Hinch and general manager Jeff Luhnow -- who were both subsequently fired -- for the team's sign stealing during the run to the 2017 World Series, perhaps no one felt as vindicated as former Indians pitcher Trevor Bauer.

Bauer has had a longstanding beef with the Astros and he took to Twitter to gloat.

Back in 2018, Bauer called the Astros out on Twitter for a sudden increase in their pitchers' spin rate. He insinuated that the Astros were using some sort of sticky aid to help the ball spin more. He tweeted this the day after Charlie Morton racked up 10 strikeouts:

If only there was just a really quick way to increase spin rate. Like what if you could trade for a player knowing that you could bump his spin rate a couple hundred rpm overnight...imagine the steals you could get on the trade market! If only that existed...

Several Astros were quick to get defensive, including pitchers Lance McCullers and Collin McHugh.

Jealousy isn’t a good look on you my man. You have great stuff and have worked hard for it, like the rest of us, no need for this. I will ask though because my spin rate and spin axis on my 4 seem is a$$. https://t.co/jvbLuWWqgN

If only there was this thing where people who had been around baseball a long time taught people who hadn’t been around as long. Imagine the possiblity for improvement yr over yr! We could call it coaching! https://t.co/WI4X1TCbaW

Even Hinch addressed the media about Bauer's Twitter spat at the time, unknowingly providing a soundbite that would resurface nearly two years later.

While the spin rate saga was more or less unrelated to the sign stealing, Bauer didn't forget. He insinuated on Twitter that the Astros were dirty in more than one way, bringing the Hinch clip back to light. Monday's news set off a series of Bauer tweets that have to be in the Twitter troll hall-of-fame.

We don’t know each other either yetttttt you speak on me as if you know me...------‍♂️ https://t.co/RCKwvfWiav

As glorious as Bauer's outburst was, he's no saint himself. He caught headlines last summer when he hurled the ball into center field after being pulled from the game. He's never been shy or softspoken, but he certainly had the right to call the Astros out on Monday.