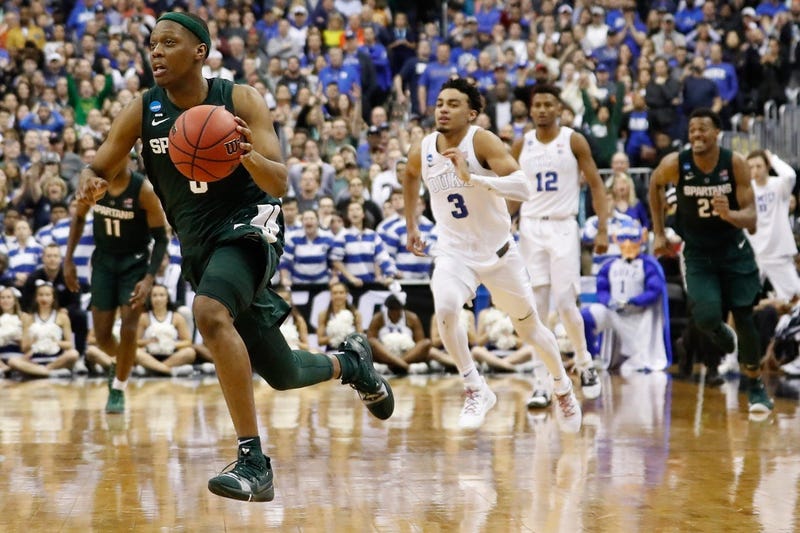 One week from today, the college basketball season gloriously tips off.

From Michigan State at the Champions Classic in New York, to Michigan hosting Appalachian State, and from ACC conference games on day one, all the way down to the low-major schools -- it all begins in seven measly days.

It seems like forever ago that Virginia completed the greatest redemption story, possibly in sports history, and beat Texas Tech in the national championship game. And before you know it, another team will be cutting down the nets in Atlanta.

1. Michigan State – The Spartans are widely considered the best team in the country, thus earning their first ever preseason No. 1 ranking. Cassius Winston is a National Player of the Year candidate and has a slew of talented players around him to create one of the deepest rosters in college basketball. But MSU took a blow last week when coach Tom Izzo announced that Josh Langford’s return from an ankle injury will be delayed until at least January, meaning he’ll miss the entirety of a very tough non-conference schedule. While they'll likely take some lumps early on this fall, this team is too deep to not hit its stride come conference play.
2. Kentucky – Much like last year’s team, John Calipari has, at least in Kentucky terms, a pretty experienced roster and a nice veteran presence in Ashton Hagans, EJ Montgomery and Nick Richards. Plus big man Nate Sestina, a transfer from Bucknell, brings an outside shooting prowess and much-needed depth in the post. 5-star prospect Tyrese Maxey headlines a solid freshman class.
3. Kansas – The NCAA’s investigation into Bill Self’s program will undoubtedly be a cloud that hangs over the Jayhawks all season, but this is a team that very well could be in the thick of the national title conversation – wouldn’t that make for an interesting dynamic?

The Jayhawks don’t have a deadeye shooter per se, but Udoka Azubuike, Devon Dotson, Silvio DeSousa, Ochai Agbaji and Mitch Lightfoot is a heck of a returning core group of guys to build around.