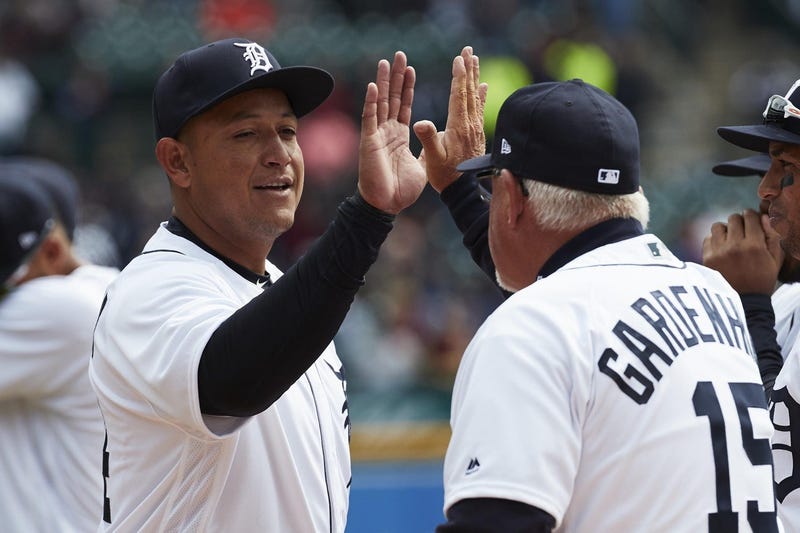 March 25, 2020 03/25/2020 3:58 pm
Who knows when we'll see baseball again. MLB is aiming for a mid-May start, but that target seems to shrink by the day. The Tigers were supposed to start the season Thursday in Cleveland. Now they're scattered across the country, displaced by the coronavirus, unsure if the season will ever get off the ground.

As Ron Gardenhire said Wednesday morning, "I don’t think anybody has all the sure answers right now."

Beyond when the season might start, questions linger. How much time will the players need to get back in shape? What kind of schedule will MLB try to cobble together? Will there be shortened games? Doubleheaders? Right now, uncertainty reigns.

But of one thing, Gardenhire is sure. When sports do return, whenever that may be, he's not concerned that the fans who fill the stadiums will have found other ways to fill their time.

"No, baseball’s been going on forever," he said. "Being in the game as long as I have, believe me, I’ve heard the passion from fans when I walk out of the dugout and screw up a pitching move. That’s something that I don’t think will ever go away, and the same for other sports. I miss basketball, I miss hockey. I want to watch these sports on TV just like everybody else. I’m a fan just like everybody else."

In Detroit, Opening Day has always been a party. Gardenhire anticipates an even bigger one this year. (Unless it's delayed until next year, in which case it will be bigger still.) In some ways, the fans are like the players, who figure to race onto the field even faster when play resumes.  If the absence of sports teaches us anything, it will be to cherish them when they return.

"I think it’s going to be real exciting when we get back. I think everybody misses the heck out of baseball right now, just like I do. It’s going to be like a party," Gardenhire said. "I look forward to that, because my wife can only take so much of me during the course of a summer, so I need to get back on the baseball field."

Right now, the void is troubling. It's been about two weeks since MLB canceled the rest of spring training and Gardenhire got in his car and drove two hours south to his home in Fort Myers. He's enjoyed the extra time with his grandchildren -- and his wife -- but extra time isn't something he's used to this time of year.

"I’ve never done this before," he said. "I’ve been in baseball 40 years. The only time that I’ve sat around like this is when I got fired by the Twins (in 2014) and the next year I did nothing. I’ve never done nothing during baseball season."

If Tigers Play Ball In 2020, Cabrera Can Turn Back Time

It's been strange, Gardenhire said. And strangest of all was learning midway through the Tigers' final spring training game, a 5-2 loss to the Braves on March 12, that they'd be shutting down and packing up when the game ended. He found out from a security guard in the dugout who showed the manager the update he'd just received on his phone.

"We still got three innings to go," Gardenhire said. "So it’s been weird and it started there. Like I said, the biggest thing that everybody has to understand, this is about health and about everybody taking care of themselves. Baseball has done the right thing."